You are here: Home / Money / What Drives Energy Prices Up Or Down? 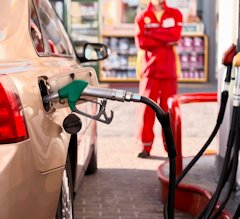 If you live anywhere between Miami, Florida and Anchorage, Alaska, you might have noticed that escalating energy prices certainly appear to have turned around since the end of the last recession.

It turns out, however, that this is not quite true. It only appears that way.

The price of unleaded gasoline at filling stations famously reached its all-time peak in the middle of 2008, hitting the top end of $4.10 per gallon in July of that year. This was, it turns out, smack-dab in the middle of the recession, which began in December 2007 and ended in the summer of 2009.

It turns out, of course, that much of the evidence simply contradicts other indicators. The price of gas hit its lowest point between 2008 and today in November of 2008. The price just went into a free-fall from $4.10 per gallon, dropping to $1.59 per gallon in four months. After that it rose quickly, again, finally reaching $3.89 per gallon in April 2011.

In fact, when the recession ended in June 2009, the price had already turned added a dollar to reach $2.60 per gallon.

Putting this on a chart will show you quickly that the actual state of the economy has little to do with gas pricing. So maybe, it’s the other way around.

A discussion of pricing suggests this is more true. If energy prices are low, industries that use huge amount of electricity or gas to power factories, ships, trains and trucks or to heat department stores will consider expanding, which adds jobs, which puts more paychecks into circulation – a boost to the economy.

When prices go low at the pump, more people hop in their cars and take off the beach, to beaches, ski resorts, to national parks or to their relative’s homes for a holiday. This means increased spending.

Retailers look very closely at gas prices, because they know if prices drop at the pump, consumers have a feeling of having more money in their pockets. This is called discretionary spending, but there is a psychological impact here, too. If the price at the pump drops a by a nickel, consumers might go off and spend a dollar, because they feel like they just caught a break.

Prices are dictated by supply and demand, and, as you would expect with the lower prices, It turns out that our energy consumption has been steady or dropping. However, it is expected that emerging economies in India, South America, even Russia and especially China will increase their energy consumption dramatically in the coming years. All that consumer demand will support high prices. So, why isn’t that happening?

It isn’t happening, because it isn’t happening yet. As these economies emerge, there is a growing dependence on all energy sources, including nuclear and renewable power. Not only does China, for example, have 26 nuclear power plants under construction, the most in the world by far, but various countries, like Vietnam, Egypt, Argentina and Turkey are considering a move into nuclear power or an expansion on what they already have. At the same time, it was recently announced that China now has more power generated from wind than the United States generates with its 99 working nuclear power plants.

Where is gas in all this? And what about the recession and all that?

It turns out that, in part because of the recession, demand is level or dropping the world’s biggest gas guzzler, the United States. At the same time, the country is undergoing a huge boom in oil and natural gas due the advancements of hydro-fracking. This is the largest reason prices are going down.

What else can make prices go up or down? The answer is government policies.

The price of energy can go up or down overnight if the government steps in and creates policies that change conditions. Subsidies or taxes can go up or down. Consumers can have more or less to spend. Oil fields can open up or be closed down, all because of the mighty pen and the lawmakers who wield them.

The most talked about policy shift in recent years is deregulation. Look at companies that work in deregulated areas to see the actual changes in pricing and in financing that might not be allowed in regulated areas.

Consumers have choices in deregulated areas they could not have imagined before. You can choose from an array of energy companies. You can also choose from various energy sources, opting for hydro or wind power or nuclear power, depending on your personal preferences.

What drives prices is consumer choices, which is eventually reflected in the market place. If nobody in deregulated areas opts for hydro power, then you can be the price of energy will reflect that. Consumer choice is a reflection of the policy behind it.