You are here: Home / The Complete Neville Goddard DVD 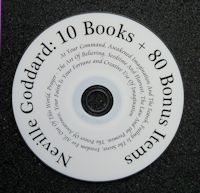 Neville’s every lesson taught that we are in charge of our lives and that it is natural to use this power to create the life we want. And many people flocked to Neville and his message. He taught on TV and the radio and to packed audiences in New York and Los Angeles. He settled in LA and preached at the Wilshire Ebell Theatre which has a seating capacity today of 1270 people – and there was standing room only when Neville spoke!

“You have nothing to do but convince yourself of the truth of that which you desire to see manifested.”

A Story From Neville’s Own Life

Neville used an example from his own life in one of his books … he was in the army in WWII and wanted to get out early. His Commanding Officer refused, telling Neville that he would get out the day his enlistment was up, and not a minute before.

At the time, Neville had an apartment in New York and every night when he went to sleep in his (probably miserable) army cot, he imagined himself in bed in his apartment. He mentally got out of bed and wandered around the apartment, looking out of the window at NY sites, sitting in chairs in his apartment and so on.

After eight days of this practice, his CO called him into his office. He said he didn’t understand it or approve, but he had received orders to let Neville out of the service that day, as soon as he filled out the appropriate paperwork.

So how can we get those kinds of results in our lives?

That’s what Neville’s teachings are all about.

The Complete Works of Neville Goddard on a DVD + 80 Bonus Items: Includes All 10 of Neville’s Books, 49 of Neville’s Recorded  Talks And Transcripts of 31 of Neville’s Sunday Morning Sermons 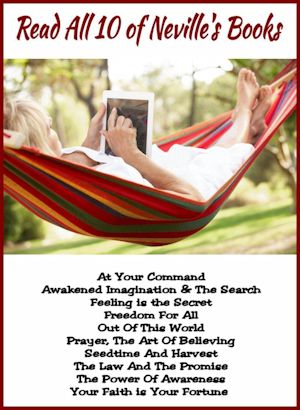 NEVILLE’S BOOKS: Neville wrote 10 books and all 10 are included on this DVD: 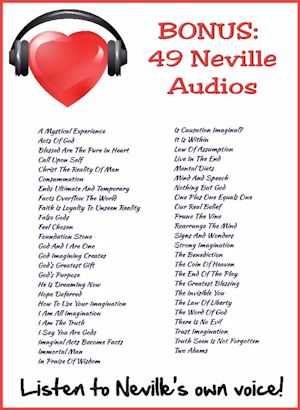 BONUS AUDIOS: There are 49 of Neville’s recorded talks on this DVD. These are in his own voice and are recordings of talks he made while speaking to capacity audiences.

BONUS LECTURES: also included are transcripts of 31 of his talks in PDF format. 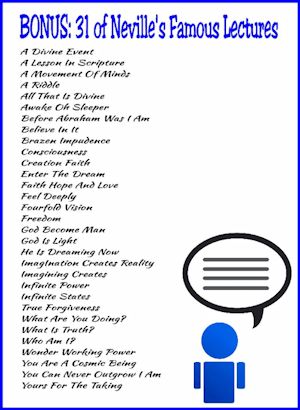 Here are two important point about this exciting DVD:

Point #1: don’t expect the quality of modern recordings. These audios were made in the 1940’s – 1960’s when technology was very inferior to our modern recording equipment.

Point #2: You won’t be able to play these recordings in your car or DVD player. And why not?

There are two kinds of CDs/DVDs. The first kind is an audio DVD which only allows sound. This is what cars and players accept.

The second kind is a DVD Rom which needs a computer or other device with a screen. If this was on an audio DVD, how could you read Neville’s books? Obviously, you couldn’t. Unfortunately there are no discs in existence that fit an audio player and a screen device.

Do You Want To Own The Complete Works of Neville Goddard?