The Final Phase Fat Loss program was created by John Romaniello (alias 'Roman'), fitness guru and self proclaimed "pretty boy". He was a winner of T Nation's HOT-ROX Inferno Challenge which is an amazing feat because the contest is based on making dramatic visual changes in the body. Yet Roman was already is such good shape that his changes were minimal. It seems that the closer we get to our ideal body, the harder it is to make any kind of visual transformation. 20% body fat to 12% is tough – but 12% to 7% is even harder. However, Inferno Challenge winner John Romaniello accomplished just that.

Romaniello shares a story we can all relate to, a situation that brings out any and all of our own insecurities. His epiphany began when 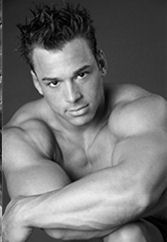 he received an invitation to a high school reunion party that was only six weeks away. At the time he was a trainer and strength coach as well as a fitness model. Yet, because of a series of binges he'd gained weight and was embarrassed to remove his shirt in public. He did not want to attend that party looking anything but fabulous (sound familiar?).

His determination to impress his old high school friends lead him review all of the fitness programs he knew and that night, instead of sleeping, he dreamed up a program that incorporated the best aspects of all of these methods. He used the strength of one program to cancel out the weakness of another.

The result? "Six weeks later, I got to the beach house and was greeted by the astounded stares of people who couldn’t believe I was the same guy they used to know."

The result of that high school reunion is the Final Phase Fat Loss program which focuses on hormones. Medical research is beginning to understand that gaining weight, and being unable to lose it, is often about hormones. Roman focuses on four in particular:

Insulin: imbalance leads to fat on the back. plus those nasty love handles

Estrogen: imbalance leads to fat on your butt and legs

Leptin: imbalance leads to a general resistance to any kind of weight loss

Roman is also concerned with growth hormone (HGH), IGF-1 and testosterone. He has developed specific exercise workouts that he claims will target these hormones and bring them into balance. It's important to know, however, that just working only those four areas is not recommended. Instead we should work on all areas of the body.

The 4 Kinds of Workouts

Roman's four kinds of workouts are: 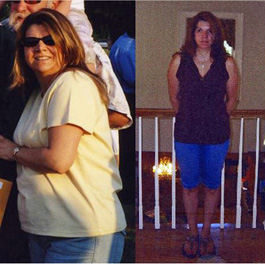 1. Dynamic Training: Final Phase Fat Loss emphasizes movements, like speed drills, rather than just standing in one spot and lifting weights. Bodybuilding is a rare sport because participants generally don't move their feet during their entire session and Roman rejects that means of conditioning.

2. Lactic Acid Training: the point of this training is to build up as much lactic acid in your muscles as possible. The reason for doing this is that your body will secrete growth hormone, or HGH, a very potent fat-burning hormone, because it sees this kind of training as an emergency.

3. Density Training: supposedly this training will boost testosterone levels and explode the metabolism. This is done in short time periods and the first round includes several exercises of 30 second intervals each. However, these exercises are moderate rather than stressing the body to its maximum level. After a 60–90 second rest, round two increases the weight by 15 – 20%. You repeat the exercise from round one simply using these heavier weights. Most likely, you will be able to do more repetitions with the increased weight than you could the first time through, thus increasing your training density.

4. Strength-Based Training: this is more about maintenance training because you want to maintain the strength you built – and hopefully increase it – by concentrating on a total number of repetitions. If your goal is to do 30 reps, began by doing as many as you can without stopping to rest. Let's assume that you can do eight reps … simply rest and resume until you have reached your goal of 30.

Roman’s has four "rules" if you're going to lose weight, and there is no way around them (or so he claims):

1. Sacrifice is is unavoidable. We can't sit on the couch and magically wish ourselves lean and strong (darn!)  but must put in the necessary work to get that way.

2. We will lose weight because of exercise, not what we eat. Focusing on dieting is unnecessary and we can create calorie deficits through exercise. Roman insists that cardio is vastly overrated when it comes to fat loss and that strength training is much more effective. Not only will we build muscle and burn up calories but this effort will carry over throughout the day, even when we're resting.

3. At least once each week we must lift enough weight that we will have to work hard. This builds muscle and keeps our metabolism revved up.

4. Vary your training every week: this program is built around using different training styles to shock your body out of fat loss plateaus. "Muscle confusion" is becoming an important way to lose weight and become fit. The idea is that our muscles will grow accustomed to certain styles of exercise and become lazy but if we continually change our training this will not happen and instead our muscles will continue to work hard.

What Is Included In The Final Phase Fat Loss Program? 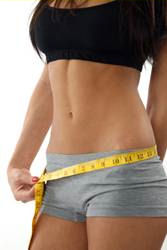 The training lasts for six weeks and includes 16 unique workouts of effective fat-blasting workouts. This is the heart of Romaniello's program and he goes into depth about what to do, the program philosophy and how hormones affect the condition of our body. He explains the four types of exercise and is very specific about exactly how to exercise. Most of us will do better if we understand the "why" of what we're doing and he is careful to make that quite clear. He also includes information on nutrition and supplements, although the emphasis of the program is on exercise rather than food.

These are printable workout records. You get four sets of training sheets, one for each of the four types of training. Use them as your exercise and fitness journal.

We MUST be able to track how well we're doing or we will lose heart and quit working. Also, it might be necessary to make some alterations in our system and we won't know that if we're not paying close attention. These logs track changes in weight, body-fat percentage and girth measurements, along with a series of self-reflection questions that will make each subsequent week more effective. This gives us the measurable progress.

This includes a complete list of each and every exercise contained in the Final Phase Fat Loss program, organized by body part.

Here we learn Roman's personal odyssey to magnificent fitness, including his mistakes and how he repaired them using the Final Phase Fat Loss program. 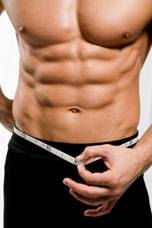 This checklist gives you a complete overview of Final Phase Fat Loss to ensure that you know 1) what to do 2) where you're going and 3) why.

What We Like About The Final Phase Fat Loss Program

1. It appeals to a large group. Rather than super-passionate body builders only, anyone needing to drop some weight or anyone stuck on a dreaded 'plateau' can get their fitness program moving again.

2. Roman created his dramatic results in only six weeks – and promises us the same kind of results. Since his guarantee lasts for eight weeks, there is really no risk attached to experimenting with this program.

3. Many will be greatly relieved that there is no necessity for a stringent diet. For those who prefer exercise to nutritional obsession, this will be a huge plus.

4. The link between hormones and weight becomes clearer every year. Final Phase Fat Loss can relieve a lot of guilt over weight gain and frustration over the seeming lack of results that come from other programs.

5. There are some grand testimonials about the power and effectiveness of this program and some are from impressive names in fitness like Vince Del Monte, author of No Nonsense Muscle Building, and Isabel De Los Rios, author of The Diet Solution Program.

Since the author believes almost exclusively in exercise for weight loss, those who are interested in their nutritional and food intake may need more guidance. The best book for this is the previously mentioned Cheat Your Way Thin by Joel Marion who interviewed Roman as a part of this series. The Cheat Your Way Thin book offers a way to enjoy days when you eat pretty much anything you want and still lose weight, by alternating those with stricter days. In fact, it is the dietary version of 'muscle confusion' and would certainly speed up your results. These two programs are a natural match.

Roman's results are undisputed and there is no reason why any person cannot obtain similar results. It is also clear that hormones have a powerful effect on our body's condition and health and that hormonal disturbance is growing increasingly common. This is a powerful combination and definitely worth consideration for anyone wanting dramatic changes in a relatively short time. The results of Final Phase Fat Loss are undisputed – simply look at the pictures above. :-)