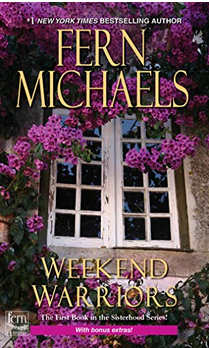 Author Fern Michaels has a series of (at the time of this writing) 33 books in her “Sisterhood” series. The heroines are vigilantes and they’re tough, lucky and have a strong moral code. They are supported by a team of powerful and wealthy men and women who aid them in their efforts and it’s hard not to like their causes and missions. Having said that, the books are tarnished by an unusual number of mistakes.

It seems that Ms Michaels forgets what she’s written in earlier works and she often makes some odd language choices.

❁ In early books, Kathryn’s dog Murphy was a Malinois – then in later books he’s suddenly a German Shepherd.

❁ The War room includes several million dollars worth of electronic equipment and Charles wisely decrees that no food and drink is allowed on the premises. Yet Myra brings him a sandwich and coffee and, worse, the girls celebrate a successful mission with champagne and popcorn. Popcorn is especially hazardous because not only does the tasty treat easily shatter, bestowing tiny flakes everywhere, but most likely it has at least some butter on it, meaning the Sisterhood hands are greasy. (Popcorn without butter is heresy! :-)

❁ Michaels reports that a former Senator works in Africa for $.25/week – then declares he makes $.o5/hour.

❁ A really significant mistake is when Nikki tells Jack the truth about the sisterhood. She decides that she will ensure that he keeps her confidence by making him her attorney, thereby invoking attorney-client privilege. If he then reveals her secrets, he will be subject to disbarment. Good idea. EXCEPT – Jack pays her $1. This means that Nikki is the attorney and Jack is the client and under no obligation to keep silent at all. Many of the author’s mistakes are trivial – this one is not.

❁ One of the women refers to “bookoo bucks”. The word is “beaucoup“, a French word meaning “many”.

❁ She has a strange use of many common words, like this phrase, “Hearing the desperateness in Maggie’s voice …” (Cross Roads). There is no such word as “desperateness” – the word she should have chosen is “desperation”. It seems odd that a published author can make these kinds of word errors multiple times.

❁ One of the characters turns off her phone in the car so that no one can track her. Obviously, Fern Michaels is misinformed on this point. It is the phone CHIP that is tracked and it doesn’t matter if your phone is on or off, you can be traced. The only way to preserve anonymity is the dump the chip; and then the phone won’t work, of course.

These aren’t all the errors, but this is enough to give you the idea.

The plots are definitely the strong point of her writing. The Sisterhood takes on some really bad people and the punishments they mete out are creative and must have most readers applauding.

At the same time, some of their escapades are quite implausible and the odds of their escaping law enforcement seem quite unlikely. But, of course, many novels are that way and I can easily live with that. After all, most novels have their heroes and heroines pulling off some pretty amazing feats.

I feel like I know some of the characters quite well, like Lizzie, Charles, Myra, Nellie, Harry, Maggie and Jack.

Others, including members of the Sisterhood like Alexis and Isabelle, I hardly know at all. Yes, those two had a revenge mission and we learned about their stories and backgrounds, but otherwise we learn little about them. 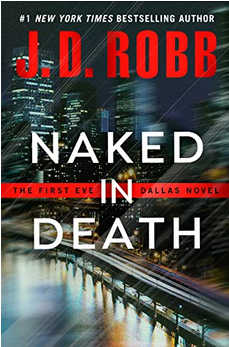 Grade: I give this series only 3 stars, although I am interested enough to finish it. But compared to really good writers, this is pretty lightweight stuff. For example, the best series involving law and order that I know is the Eve Dallas series by J. D. Robb, which is a pen name for Nora Roberts. Those volumes are head and shoulders above the Sisterhood books.