You are here: Home / Reviews / Review: “Limitless”, A Novel 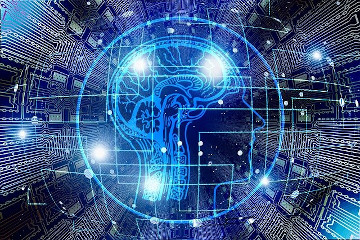 Have you seen the Limitless movie or TV show? The movie starred Bradley Cooper as Eddie Morra, a struggling, ineffectual guy until he discovered a “miracle” drug, NZT. The miracle part of NZT is that it gives the user access to 100% of the brain. Of course, most of us only use a tiny percent so the more we have access to, the smarter we are.

In the TV show, Brian Finch was the lost soul who began taking NZT. He becomes a genius like Morra, as long as he’s taking the drug.

The Dark – VERY Dark – Side of NZT

NZT is fabulous in one sense but it has horrifying side effects. In the TV version, we see pictures of users of the drug and they are right out of a nightmare. Eddie and Brian suffer horrible effects, too, until the really lame ending of the movie when Eddie miraculously discovers an antidote, allowing him to take all the NZT he wants. Bradley Cooper makes a few appearances in the TV show and offers Brian access to the antidote if he will work for the FBI and be now-Senator Morra’s mole into the agency.

The World On NZT?

Here’s a description from FBI agent Rebecca Harris when taking NZT for the first (and only) time:

Every part of you feels alive, open. The air crackles with information; you breathe it in like it’s oxygen. It’s as if you’ve been running with weights on for your entire life and suddenly you took them off and this was the way you were always meant to be.

The world is mine. I just have to decide what to do with it.

That’s why I decided to buy the novel Limitless. I was looking for descriptions of that kind of experience. Was I ever disappointed! When describing the movie, my son said it was, “Kind of dark”. The movie was a Disney fairy tale with tiny colorful birds and glowing flowers compared to this absolutely dreadful book!

First of all, there was zero description of this amazing state of being. Everything was about the actual events. OK, fair enough. It’s not the author’s fault that I was seeking something that wasn’t there.

There is one meeting with his ex-wife who took “9-10” of them and is permanently screwed up from just that handful. Yet this guy has been taking them for months, sometimes two at a time. So it’s not hard to predict the inevitable outcome. And it’s hard to feel sorry for him. What kind of moron behaves this way?

I didn’t finish this book. I read about half of it and was so disgusted with the ‘hero’ that I peeked at the last page or two, something I almost never do. It ends with good old Eddie being in a motel somewhere waiting for the devastating effects that will certainly kill him or, at “best”, leave him in a permanent psycho ward.

I am a dedicated bibliophile or book lover. In my entire life, I’ve thrown away exactly two books and they were ruined and illeglble from water. But I threw this miserable book in the trash. That’s how much I hated it. So if you want to spend a few dark, depressing hours read this damn book. If that’s not your thing, avoid it like the abomination it is.

Home Of +10 Designs
Inspirational Quote of the Day
Stop being boring and show the world what awesome looks like.