You are here: Home / Self Help / Neville Goddard & The Law of Attraction 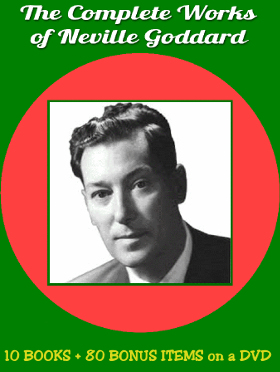 The long violence known as World War II was over and the young soldier wanted OUT! But his stern commanding officer (CO) stated: “Not a single minute early”. So lying in his uncomfortable army cot at night, the soldier imagined himself in his New York apartment. He wandered the rooms, looking out the window, sitting on chairs and sofas and fell asleep at night in his NY bed. Ten days later he was summoned to his CO’s office who looked at him accusingly and said, “I don’t like it but you’re out of the army now” and the young man was on a train home that afternoon. The young soldier was Neville Goddard and so he began his career as a famed teacher of the law of attraction.

An Oddity About Neville and the LOA

Neville is one of the world’s most popular law of attraction teachers – but in all 10 of his books and all the writing included in our popular Neville Goddard DVD he never once mentions the LOA by name! Instead, he refers simply to “The Law”. Although we’ve tried, we can’t discover exactly when the term “law of attraction” came into popular use. So perhaps Neville had never heard of this term, or perhaps (and we think this is more likely) he considered The Law to be so paramount that there was no need to elaborate on the simple term. Regardless, he was a skilled teacher and a skilled practitioner of this popular idea.

So what did Neville actually say on this subject? In Your Faith If Your Fortune he states, “To rise in consciousness to the level of the thing desired and to remain there until such level becomes your nature is the way of all seeming miracles.”

Or, “You are Master of all that you will ever be aware of being.”

So, what does this mean exactly? It means that if you want to change the circumstances of your life you need to change who you are, your self image. In the intro story to this article, Neville saw himself as a civilian, not a soldier and The Law had no choice but to make this true, to make his status as a civilian a physical reality.

When we say ‘no choice’, we mean that literally because The Law is an eternal law, a universal law, and if it fails even one small time it can no longer be a cosmic law.

Neville constantly refers to this process of changing who we are as “effortless”. When it becomes hard work, filled with effort and stress, we are certain to fail. And that’s really good news. For humans, creation is as natural as breathing. In fact, YOU are creating right this moment, as am I. If we’re smart, we’ll learn to do it on purpose and with intent. And that is what Neville Goddard is all about.

Stay tuned for much, much more about Neville because we consider him one of the most important people of the 20th century and LOVE his works.