You are here: Home / Self Help / The Law of Attraction & How To Change Your Life

In an earlier article we described how Napoleon Hill met one of the most successful and wealthy men of the 20th century, Andrew Carnegie. The two men spent three days discussing “The Secret” to which Carnegie attributed his almost unbelievable success. Carnegie explained that everything about business was an aspect of this one, all-important “secret”. That secret was what is now called the LAW OF ATTRACTION.

The first sentence in the famous Think and Grow Rich book is about Andrew Carnegie’s secret:

“In every chapter of this book, mention is made of the money making secrets that have made fortunes for the exceedingly wealthy men whom I have carefully analyzed over a long period of years.”

Indeed, Napoleon Hill conducted 25,000 interviews of extremely successful people over a 20 year period to understand Carnegie’s “magic formula”. And did you notice his choice of words … exceedingly wealthy? Sounds good to me = how about you?

Just What IS This Law of Attraction Stuff?

The shortest possible answer is that “like attracts like”. Of course, that three-word definition is way too brief and simplistic to be of any use if we want to change our life, but the idea is that if we focus on thoughts of health, wealth and successful relationships that is what we will receive in our lives. Conversely, if our every thought is filled with a worry, anxiety and fear, that is what we will attract.

The Law of Attraction has been ridiculed by many people. They dismiss the notion that our thoughts and emotions have any power in

the physical world and often sneeringly refer to the Law of Attraction as believing in “the mail order catalog in the sky”.

Napoleon Hill and Andrew Carnegie were quite clear about the Law of Attraction and how it works. You can’t lie on the couch and wait for your fire engine red Ferrari to gently float from the sky onto your driveway, keys in the ignition and title on the front seat.

Instead, action is a critical piece of the successful use of the Law of Attraction and focusing our thoughts on what we want brings possibilities, ideas and plans to our minds so that we can carry them out.

To really understand the Law of Attraction, let’s look at our mind and how it works.

The human brain is the most complex ‘machine’ we’ve found (so far) in the universe. It contains 100,000 miles of blood vessels and 100,000,000,000 neurons and can perform an astonishing 10 quadrillion operations per second. This number is so far beyond our grasp that we can’t comprehend it – but there it is, nevertheless.

And every time we think, our brain lights up like a Christmas tree as all those little neurons, or nerve cells, connect with each other. Now get ready for this astonishing fact:

“If you were to write out your brain’s potential as expressed by the number of possible neural connections it could make, it would take you seventy-five years to write out all the zeros. That’s the level of power and capacity you have at your disposal every moment of every day.”

“In other words, your potential to achieve what you want is essentially without limit.” [The Answer, John Asaref & Murray Smith, page 36] 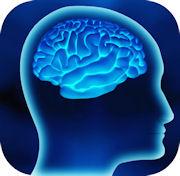 One analogy that’s often used is that using the conscious, instead of enlisting the subconscious to achieve your goals, is like trying to pull an ocean liner with a rowboat.

The amount of raw power at the disposal of every human being is truly even beyond our imagination!!!

Since this is so why do so many of us live such miserable lives?

The subconscious mind is the repository of all our habits and beliefs, most of which are outside of our conscious awareness. So if, for instance, you want to lose weight and have tried a zillion times – and failed every time – it’s because you have some unconscious habits and beliefs that are working against you.

So all your resolutions that ‘this time you absolutely will stick to your diet’ are useless until you get your subconscious to go along for the ride.

Regardless of *what* you want to change in your life, all change MUST begin in the mind. If your life isn’t the way you want it to be it’s always because some time in the past you had a thought that was repeated again and again until it became a habitual thought. an attitude, a habit and a belief.

The fact that you aren’t consciously aware of any sabotaging belief is irrelevant. The subconscious mind will deliver the same results again and again until you change your mind.

How To Change Your Mind & Get The Law Of Attraction Working FOR You, Instead Of Against You

Repetition is the easiest way to change your mind. Going over your goals again and again and again – for as long as it takes – is a sure path to success. When you build a belief in your ability to do something, and you have no contradictory thoughts, it’s a done deal. The results you want WILL eventually show up, whether it’s weight loss, health, strength, self confidence, money or the love of your life.

Here is a succinct explanation from one of our favorite books, The Secret of the Ages by Robert Collier. This is one of my all-time favorite quotes and is sitting in front of my computer as I write these words …

The most important province of your conscious mind is to center your thoughts on the thing you want, “Believe that you receive”, and then shut the door on every suggestion of fear or worry or failure.

Once you gain the ability to do that, nothing else is impossible to you. (page 15).