Do you love the Gilmore Girls? We do and we’re really pleased with our new Gilmore Girls tshirt which is now available in several stores. 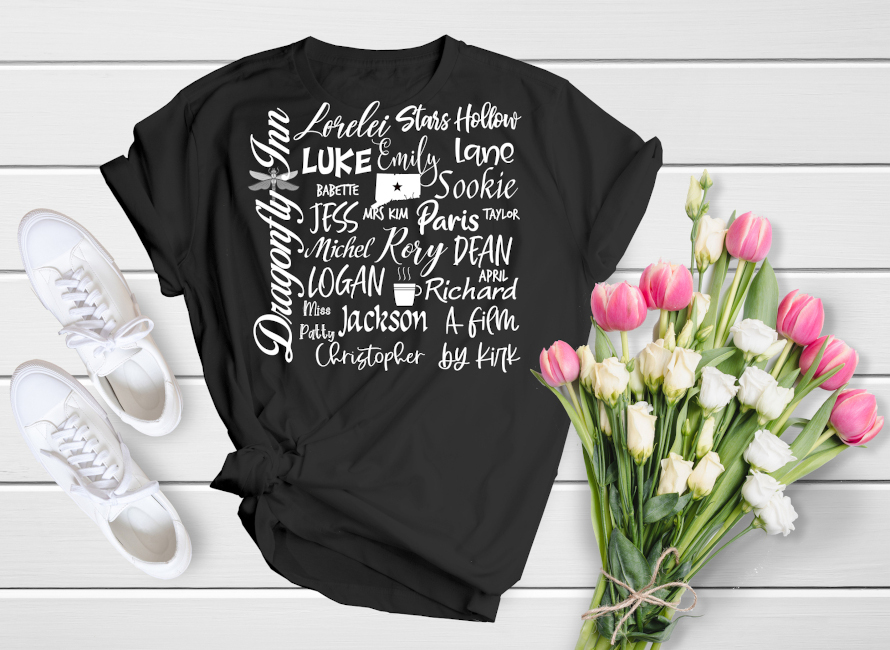 The Gilmore Girls cast is all here: Lorelei, Rory, Emily, Dean, Jess, Logan, Sookie, Michel, Luke, Lane, Paris. And who could forget “a film by Kirk”, one of our fav characters and certainly the most zany resident of Stars Hollow, Connecticut – although there are certainly a lot of candidates for that title.

And then there is the all-important question: which boyfriend of Rory is ‘the best’? I’m a member of team Dean, myself. Dean understood that being friends with Lorelei was important for his relationship with Rory and he took the time and trouble to get to know them, which Jess and Logan never did. For instance, did you see the great scene when he and Max are sitting on a bench talking about the two Gilmore girls? He observes that they get cranky at night or that when Lorelei’s pepperoni talks to the mushroom, it’s not as crazy as it sounds. That is a touching scene and shows the depth of his character. 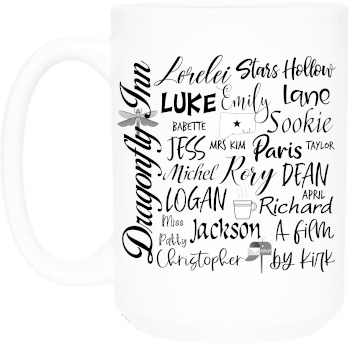 Jess never took the trouble to get to know them because he was so totally into himself. Granted, the reading bond between Rory and Jess was powerful. I get that because I’ve been a fanatical reader my entire life. But Dean spent the time and money to build a car for Rory – and Jess wrecked it. That’s quite symbolic, IMO.

And Logan … he’s mostly a selfish and entitled jerk, although in fairness he has some good moments as he matures a bit. He leads Rory into trouble, though, which Dean would never have done.

However, I don’t think that Rory valued Dean like she should have – at least, not until he was married to someone else. Bad joss, Rory. Ultimately, she did him a favor by transferring her affections to someone else. In the Gilmore revival, we find out that Dean is married and the father of several kids. I’m guessing he was better off without her.

I have this cool Gilmore Girls t-shirt myself, and hope readers love it as much as I do.

PS: We have a matching Gilmore Girls t-shirt with black writing, plus mugs and coasters with the same design.