You are here: Home / Health / Five Facts You Might Not Know About Drug Use, Abuse, and Treatment 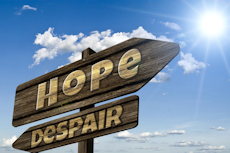 Drug and alcohol addiction is prevalent throughout the entire world and typically sits at the forefront of the public health agendas of industrialized nations. But at its core, the global drug crisis is a family matter. The majority of families will face a drug abuse problem among their members at some point or another. It’s important for folks to have a handle on the basics of drug use, abuse, and treatment in case such matters become relevant in their lives.

Having a solid grasp of the nature of drug abuse takes more than learning the basics taught to us in all of those anti-drug campaigns in school. It requires not only an understanding of what addicts go through, but an appreciation for the extended effects – often tragic – drug abuse can have on society and family. We’ve went ahead and compiled a list of five facts about drug use, abuse, and treatment that may surprise you, which highlight several critical components of addiction one should consider when addressing the issue in their personal lives.

It only takes the demonstration of three out of seven factors to be diagnosed with drug dependency: According to the APA’s Diagnostic and Statistical Manual of Mental Disorders, a diagnosis of substance dependence hinges on three of seven observed behaviors. They are as follows: tolerance due to increased dosage, alleviating withdrawal symptoms by taking more of the drug, a desire to quit without following through, spending the majority of one’s time and resources obtaining and using the drug, canceling important activities to engage in drug use, and continued use despite obvious physical and psychological harm. Source: http://www.health.harvard.edu/newsweek/The_addicted_brain.htm

Rehab and relapse are often part of a singular, sometimes lifelong process: Many people make the mistake of believing rehab is a place where some find a solution to their addictions in a month while the majority return right back to bad habits after being released. Relapse rates for former rehab patients are high, but the fact of the matter is that rehab is not something designed to cure drug addiction in one visit. It’s a source of detoxification and sometimes life-saving support, through which its hoped patients will someday find the solutions that eliminate addiction once and for all. Source: http://www.futuresofpalmbeach.com/drug-rehab/statistics/

The earlier drug use begins, the more likely it will lead to drug abuse: The adolescent brain is designed to adapt to patterns and habits which will help a person succeed in the adult world. This involves associating behavior with positive results, like working to earn money. Drugs are a way to cheat this relay, prodding the pleasure-seeking parts of the brain without providing any long-lasting material or spiritual reward. Thus, combine drug use with youth and its clear why juveniles are at greater risk of addiction than those in higher age brackets. Their brains will basically build up around a drug and associate it with pleasure for life. Source: http://www.drugabuse.gov/publications/drugfacts/understanding-drug-abuse-addiction

Most emergency room visits stem from drug or alcohol use: It comes as a shocker to most people that 60-percent of ER patients have gone there seeking help with medical problems stemming from drug or alcohol use. This puts tremendous strain on hospital systems and is partly responsible for rising healthcare costs. This by-product problem of drug abuse highlights how pervasive the problem has become in modern society, driving the majority of medical issues across the country. Source: http://www.fit.edu/caps/articles/facts.php

We want drugs because they work: The most important aspect of drug abuse to remember is that humans are, in a sense, inherently hardwired to want drugs. Ideally they serve to help us deal with various pains and stresses stemming from health problems and environmental factors. In fact, the human brain produces its own form of opioids, the principle component in such drugs as heroin and oxycontin. When dealing with a drug abuse problem in a loved one it’s important to understand their state-of-mind. The key to that is appreciating the raw power drugs can have over our brains. Source: http://teens.drugabuse.gov/educators/nida-teaching-guides/mind-over-matter/opioids/surprising-facts

It’s likely you will confront a drug addiction problem at some point in your life. If not personally then through someone you care about. Keeping an open mind about the various factors at play is key to any hope of triumph over an addiction. Recognizing the many signs of a problem, knowing the battle ahead, learning the science, and refusing to give up all require an understanding of drug addiction beyond the school-taught basics and draconian laws on the books. Appreciate addiction for what it is to increase the odds of slaying it successfully.