You are here: Home / Health / What Is A Systemic Yeast Infection? 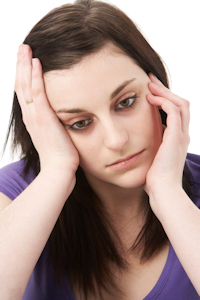 Though we mostly associate yeast overgrowth with oral, vaginal or skin problems, a systemic yeast infection is also a common (though often misdiagnosed) health condition, especially among women. And, despite the stereotypes, a systemic yeast infection doesn't need a severe malfunction of the immunological system such as AIDS or severe chronic illnesses. A simple minor abuse of antibiotics or a high stress level may be enough for a systemic breakthrough of candida albicans overgrowth.

There are several possible methods of treating a systemic yeast infection. First of all, it is an imperative to improve the state of your immunological system by eliminating the reasons for its malfunction. Then a change of diet is in order, as you have to eliminate yeasts and yeast growth-inducing foods (mostly sugars) to make it easier for your white blood cells to cope with the yeast. In the most severe cases taking medications is in order, though it must be done under a doctor's care.