You are here: Home / Self Help / Achieving Bliss through Regular Exercise 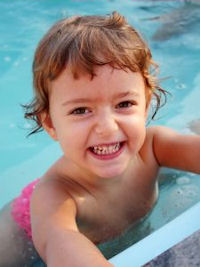 Wow. It’s not just “happiness” we’re talking about here—I said bliss, and I mean just that.

You know that “runner’s high” that all your running buddies get? You know, the people that swear by their minimalist running shoes and wear zero drop everywhere they go?

I’ve never felt that. I work out (almost) every day, and after I run, I just feel exhausted. So the happiness – nay, the BLISS – that I’m talking about is not a bunch of hormones rushing to your brain thanks to an increased heart rate.

Exercise gives you confidence in yourself by improving certain areas of your life that you never would have considered. For example, I know a guy who recently put on several pounds (several = thirty). He can no longer bend over to tie his shoes. He tried to get onto his roof a feat he had performed so many times before but could not so much as get out the window without assistance.

But when you become capable of lifting several boards of lumber, jogging a mile or two without stopping, or playing with the kids without hurting, something happens. You probably won’t say to yourself, “Gee, I’m glad I exercise,” but I promise that you will start telling yourself, “I can do that.”

Those words, “I can,” are best described through a lesson in French. “I can do that” translates into “je peux le faire.” Peux comes from the verb pouvoir (poo-vwhar). Pouvoir is the verb “can” or “to be able to,” and it is the noun for “power.” So when you say, “I can,” you are essentially saying, “I am powerful, capable, and able.” That power and that confidence give us something more than happiness—it gives us bliss.

There are two problems that I see many people struggle with vis-à-vis exercise: first of all, they struggle with keeping a regular, consistent schedule, and second, they think that “exercise” means looking like Hugh Jackman. I won’t go into how to keep a regular schedule other than to say that you need a workout partner. Go with a spouse, a friend, or a coworker, but have someone to whom you are accountable, and you will both make remarkable progress.

As far as the fallacy of exercise = bulging muscles or sexy legs, the best advice I could give you is this: forget it. If you start comparing yourself to everyone on the movie screens and in the gym, then that confidence you would have gained is tainted by factors over which you have no control.

Happiness and bliss are entirely dependent on you. If you’re willing to work for it, you will have it.

Jared Heath is a contributing editor and gym enthusiast. When he’s not blissfully spending time with his wife or exercising, he’s writing up something new and loving every minute of it.