You are here: Home / Self Help / Joseph Murphy & the Subconscious Mind: Why Your Life Is the Way It Is and How to Change It, Part 4 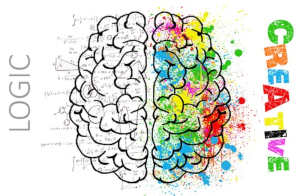 New Thought teachings have – perhaps, literally – saved my life. We have a DVD called New Thought Companion Gigantus and I have read every single book on this massive DVD. I mean that literally … Every. Single. Book. One of the greatest teachers is Dr. Joseph Murphy and his extensive writing on the power of the subconscious mind are much-used many years after his death. We are doing a series on his book The Miracles of Your Mind. His arguably most famous book, The Power of Your Subconscious Mind, is too lengthy for this blog, but this is a great introduction. You can find part 1 of our series on this new thought genius here.

There is a Law of Reversed Effort which was explained by the French school of therapeutics in 1910. It means this: When your desire and your imagination are in conflict, the imagination invariably gains the day. For example, you will hear an alcoholic say, “I took a lot of pains, I tried so hard, I forced myself, I used all the will power I had,” etc. He has to be made to realize that herein lies his error; then he begins to conquer the habit.

If you’ve ever been on a diet, you will already know how weak “will power” is!

If, for example, you were asked to walk a plank on the floor, you would do so without question. Now suppose the same plank were placed twenty feet up in the air between two walls, would you walk it? Your desire to walk it would be counteracted by your imagination—your fear of falling. The dominant idea would conquer. Your desire, will, or effort to walk would be reversed, and the dominant idea of failure would be reinforced.

If a man says, “I want to give up alcohol, but I cannot” he may wish to give it up, but the harder he tries, the less he is able. Never try to compel the subconscious mind to accept your idea by exercising will power. Such attempts are doomed to failure. The subconscious mind accepts the dominant of two contradictory statements. It is like the man who is poverty stricken saying, “I am wealthy.” In most instances his statement makes him poorer. The simple reason for this is that his belief in poverty is much greater than his belief in abundance, so he is suggesting more lack to himself each time he makes the statement. This illustrates the Law of Reversed Effort. In other words, the opposite result from that which was intended follows.

In using the subconscious to heal alcoholism you must engage its cooperation. The subconscious mind will accept your feeling, your belief, or your conviction. The alcoholic avoids the conflict which arises in his mind by using the sleeping technique. By entering into a sleepy, drowsy state, effort is reduced to a minimum. The conscious mind is submerged to a great extent when in a sleepy state. The best time to impregnate the subconscious mind, as the French school pointed out in 1910, is prior to sleep. The reason for this is that the highest degree of outcropping of the subconscious occurs just prior to sleep and just after we awaken. In this state the negative thoughts which tend to neutralize your desire and so prevent acceptance by the subconscious no longer present themselves.

Here is a simple method a chronic alcoholic for forty years used. I wrote this out for him:

Assume a comfortable posture, relax your body, and be still. Get into a sleepy state and in that sleepy state say quietly, over and over again as a lullaby, “I am completely free from this habit; sobriety and peace of mind reign supreme.” Repeat the above slowly, quietly, and lovingly for five or ten minutes night and morning. At the end of three weeks he lost all desire to drink. Each time he repeated the above statement its emotional value became greater. When the urge came, he repeated the above formula out loud to himself. By this means he induced the subconscious to accept his idea and a healing followed.

I remember treating an alcoholic in Rochester, New York, some years ago. He said to me, “I had not had a drop in six months, and I was congratulating myself. All my friends were patting me on the back telling me what wonderful will power I had.”

“Then,” he added, “an uncontrollable urge seized me, and I have been drunk for two weeks.”

This had happened time and again with this man. The effort of his will suppressed his desire temporarily, but his continued effort to suppress made matters worse. His repeated failures convinced him that he was hopeless and powerless in controlling his urge or obsession. This idea of being powerless operated, of course, as a powerful suggestion to his subconscious, increased his impotence, and made his life a wreck.

I taught him how to harmonize the function of the conscious and subconscious mind. When the two cooperate, the idea or desire is realized.

His reasoning mind admitted that if he had been conditioned negatively he could be conditioned positively. His mind entertained the idea that he could succeed. He ceased thinking of the fact that he was powerless to overcome the habit. Moreover, he understood clearly that there was no obstacle to his healing other than his own thought. Therefore, there is no occasion for great mental effort or mental coercion. To use force is to pre-suppose that there is opposition. When the mind is concentrated on the means to overcome a problem, it is no longer concerned with the obstacle.

ALL of Joseph Murphy’s work is based on the supposition that the subconscious mind has all the power and can do anything at all. So our only task is to reconcile the desire of our conscious minds with the ‘programming’ of the subconscious. Notice how, in the following paragraph, he gives us solid gold ideas about the ‘how to’ of reaching this magical state.

#1: Recognize that if we can be programmed negatively, it’s also possible to be programmed positively – so change is not hopeless!

#2: So because of the idea above, we know that we are not powerless.

#3: There is no opposition to our goal, no matter what it is, except our own mind or programming. The Universe isn’t against us.

#4: Therefore there is no need for coercion or herculean effort. We’re only dealing with … ourselves.

This man made a practice of relaxing his body, getting into a sleepy, drowsy, meditative state; then filling his mind with the picture of the desired end, knowing the subconscious would bring it about in the easiest way. He imagined his daughter congratulating him on his freedom, saying to him, “Daddy, it’s wonderful to have you home.”

He had lost his family through drink. He was not allowed to visit them; his wife would not speak to him.

Regularly, systematically, he used to sit down and meditate in the way outlined. When his attention wandered, he brought it back to the picture of his daughter with her smile, tonal qualities, and the scene of his own home.

All this was a reconditioning of his mind. It was a gradual process. He kept it up; he persevered knowing that sooner or later he would succeed in impregnating his subconscious with the mental picture. I told him the conscious mind was the camera, and his subconscious was the sensitive plate on which he registered and impressed the picture. This made a profound impression on him; his whole aim was to impress the picture and develop it in his mind. Your film is developed in the dark; likewise, your mental picture is developed in the dark house of the subconscious mind.

Realizing his conscious mind was the camera, he used no effort; there was no mental struggle. He quietly adjusted his thought, and focused all his attention on the scene before him. He became absorbed in its reality, somewhat like a sponge absorbing water. It’s a sort of mental absorption whereby you are completely identified with the picture. Sometimes you are so engrossed or absorbed in reading a newspaper article, you can’t hear a loved one speak to you.

He got into this mental atmosphere, repeated it frequently, and knew a healing would follow. When the temptation to drink came, he knew it was his imagination taking him back to the drinking bout, so he would switch off that scene, cut the film, so to speak, and see his daughter, feel her embrace, and hear her voice. The secret of his success was that he confidently expected to experience the picture he was developing in his mind.

Get acquainted now with that infinite reservoir of strength and healing power within you which is the subconscious mind. If you are an alcoholic, admit it; do not dodge the issue. Many people remain alcoholics, because they refuse to admit it.

Your disease is an instability, an inner fear. You are refusing to face life, and so you try to escape your responsibilities through the bottle. The interesting thing about an alcoholic is that he has no free will; he thinks he has; he boasts about his will power. The habitual drunkard says bravely, “I will not touch it anymore,” but he has no power to back it up, because he does not know where to locate it.

The alcoholic is living in a psychological prison of his own making, and is bound by his beliefs, opinions, training, and environmental influences. He is like most people; i.e., he is a creature of habit. He is conditioned to react the way he does.

The alcoholic must build the idea of freedom and peace into his mentality, so that it reaches his subconscious mind. The latter being all-powerful will free him from all desire for alcohol; then the alcoholic who has the new understanding of how his mind works can truly back up his statements, and prove it to himself. Your subconscious mind is conditioned by your beliefs and habits. If the alcoholic has a keen desire to free himself from the habit, he is fifty-one percent healed already. When he has a greater desire to give it up than to continue it, he will not experience too much difficulty in gaining complete freedom.

The alcoholic must recondition his mind. There are ways and means of doing this. When you think good, good follows; when you think evil, evil follows; these are simple examples of laws of mind. If a man dwells and broods on sorrow, he meets sorrow and gloom in his outer experience. If he dwells on peace and good fortune in his business, it will prosper. To know the possibilities of such laws of mind is to be seized with a new inspiration and a new faith.

The alcoholic learns that whatever thought he anchors his mind upon, the latter magnifies. If the alcoholic engages his mind on the concept of freedom (freedom from the habit) and peace of mind, and if he keeps focused on this new direction of his attention, he generates feelings and emotions which gradually emotionalize the concept of freedom and peace. Whatever idea is emotionalized is accepted by the subconscious mind, and brought to pass. The alcoholic must realize that something good can come out of his suffering; he has not suffered in vain. However what good is it to continue to suffer?