You are here: Home / Self Help / Joseph Murphy & the Subconscious Mind: Why Your Life Is the Way It Is and How to Change It, Part 5 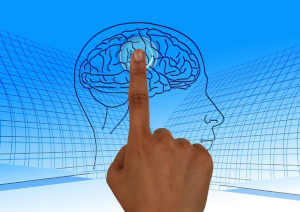 Two of the greatest spiritual teachers in America, Neville Goddard and Joseph Murphy, agree that the subconscious mind is the source of all human power. Dr. Murphy’s classic, The Power of Your Subconscious Mind, is highly recommended reading because it becomes so absolutely clear what must be done to create YOUR life, YOUR way. And we all want that, don’t we? I know I do.

This classic is too long for blog posts, but in the meantime we’ve posted an intro work of Murphy’s. You can start this powerful new thought series here.

To continue as an alcoholic is only to bring about mental and physical deterioration and decay. Begin to say, “No!” to the urge now. Realize that the power in your subconscious mind is backing you up. Even though you may be seized with melancholia and the shakes, begin to imagine the joy and freedom that is in store for you; this is the law of substitution. You will suffer a little bit, you to the bottle; let it take you now to freedom but it is for a constructive purpose; you will bear it like the mother in the pangs of childbirth, and you will, likewise, bring forth a child of the mind. Your subconscious mind will give birth to sobriety.

Your thinking controls you, whether you know it or not. You are now fully aware of the fact that your subconscious mind accepts without question the thoughts you impress upon it. You can now begin to control your life. To discipline your mind means to think constructively and harmoniously.

One time I read an article about Goethe. He was wont to hold imaginary, mental conversations with friends. For example, he would get still and quiet and imagine one of his friends answering him in the way he wanted, with characteristic gestures and tone of voice. He solved many of his problems that way. So can you.

Many have asked me about their reason or cause for drinking to excess. There are, of course, many reasons. It may be that a man is resenting his wife, or his job, or his employer. Maybe he is jealous, or he has an inferiority or rejection complex. I have discovered in treating alcoholics that there is nearly always a deep sense of guilt. I am now thinking of a married man, with four children, supporting and secretly living with another woman during his business trips.

He was ill, nervous, irritable, cantankerous, and could not sleep without drugs. He had pains in numerous organs of his body which doctors could not diagnose. He was a confirmed alcoholic when I saw him. The reason for his periodic sprees was a deep unconscious sense of guilt. He had violated the ancient code and this troubled him. The religious creed he was brought up on was deeply lodged in his subconscious mind; he drank excessively to heal the wound of guilt.

Some take morphine and codeine for severe pains, he was taking alcohol for the pain or wound of the mind. It is the old story of adding fuel to the fire.

He listened to the explanation of how his mind worked, he faced his problem, looked at it, and gave up his dual role. He knew that his drinking was an unconscious attempt to escape. The hidden cause lodged in the subconscious had to be eradicated; then the healing followed.

When he began to look at his problem in the light of reason, it was dissipated. He began to use this treatment three or four times a day. “My mind is full of peace, poise, balance, and equilibrium. The Infinite Power lies stretched in smiling repose within me. I am not afraid of anything in the past, the present, or the future. Infinite Intelligence leads, guides, and directs me in all ways. I now meet every situation with faith, poise, calmness, and confidence. I am now completely free from the habit; my mind is full of inner peace, freedom, and joy. I forgive myself; then I am forgiven. Peace, Sobriety, and Confidence reign Supreme in my mind.”

Personally, I think this is way too “wordy” but if it works then that’s all that matters. We all have to find our own words that are meaningful to us personally.

I explained to him that his subconscious mind was like a garden; by planting lovely seeds he would reap a wonderful harvest. It is the nature of an apple seed to bring forth an apple tree. These truths which he concentrated on went in through his eyes; his ears heard the sound; the healing vibration of these words reached his subconscious mind, and obliterated all the negative mental patterns which caused all the trouble. Light dispels darkness; the positive thought destroys the negative. He became a transformed man within a month.

Of course, as you know, people will give you all manner of excuses or alibis as to why they drink. They may blame their drinking on some tragedy in the home, some crisis in their life, lack of money, or education. The real reason is negative thinking which has brought about an emotional maladjustment. “As a man thinketh in his heart, so is he.” The word heart is an ancient word meaning the subconscious mind. In simple language it is saying, “As you think and feel, so are you in all departments of your life.” Emerson said, “A man is what he thinks all day long.” This is the answer and the whole story. The cause is in yourself, in your habitual thinking, your mental attitude, and reaction to life. The alcoholic addict is really seeking to escape some sense of bondage or some subconscious restriction. In other words the alcoholic lacks confidence and poise.

I told a woman one time not to give any more money to her son as he spent it all on drink. I said, “You are only contributing to his delinquency.”

“Oh,” she said, “he kneels down, kisses the Bible, and swears he will never touch another drop. I believe him; then I give him the money. He seems so penitent, remorseful, and so full of condemnation of himself for the way he acted, that I think he means it.” I explained to her that these were idle statements on the part of her son and really meant nothing; under no circumstances should she give him any more money. I spent some time with her explaining that the boy had no free will, but was just boasting about his will power to give up drinking. His statements and oaths that he would never touch it anymore were meaningless, as he had no power to back them up. In other words, he did not know where the power was, nor how to locate it.

She brought him to see me. He came rather reluctantly making the usual statement that he was not an alcoholic. I told him to stop this nonsense; admit it openly, and not dodge it. That is the first step in healing. Many remain alcoholics, because they refuse to admit they are.

This boy was condemning himself saying, “I suppose I’m no good.” Alcohol took him into a world of temporary illusion where in his morbid imagination he was king for a day. This gave him a false sense of confidence and a temporary sense of self-sufficiency. He admitted that if he took one drink, he lost all control, and drank until he fell unconscious. The reason for this is obvious: His mental control was rendered null and void due to a subconscious pattern engraved on his mind over a long period of time. It is like a track on which the train moves. He had established a mental track in his mind on which ran images of drinking bouts, of glasses filled, images associated with feeling of enjoyment and success.

The minute this confirmed drunkard took a drink that was a suggestion for another and another until he fell unconscious. He had subjectified a belief in the necessity of alcohol; the law of the subconscious being that of compulsion, the moment he took one he was compelled to take another. This young man said what all alcoholics say, “If I don’t take the first drink I’m all right, but the minute I take the first, I lose control.”

The reason is that the one drink brings on an outcropping of the subconscious mind which, in the case of the alcoholic, due to long habit and conditioning says to him, “Have another! Have another!” His subconscious belief and fear is his governor, and controls his conduct and actions.

Home Of +10 Designs
Inspirational Quote of the Day
Giving thanks is the gateway drug to a life most extraordinary.