You are here: Home / At Home / Feng Shui Gardening 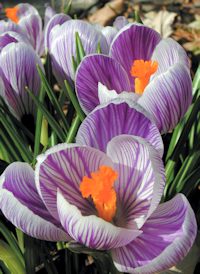 Feng Shui has a rich history steeped in spirituality and architecture. Originally used as a way to orient important buildings, Feng Shui has been adopted in the Western interior design world as a tool to maximize space and functionality since the 1970s. Since then, Feng Shui has been further applied to garden design and arrangement. By following the same principles of traditional Feng Shui, people everywhere are harnessing their Chi through gardening more than ever before.

Chi is known as life force in ancient Chinese culture. It is thought to be the energy that sustains life and also connects people to the natural world. Although difficult to measure scientifically, varied schools of thought believe that it can indeed be controlled. From a gardening standpoint, controlling Chi levels is the difference between a failed and successful garden.

For a garden to thrive, there are several ways to ensure that Chi moves freely and smoothly throughout the space. Rarely do straight lines and symmetry exist in nature. Arranging your garden according to this, and utilizing winding, open pathways, will aid in harnessing Chi. By allowing Chi to move through your garden unrestricted by décor or design, you and your plants will have more energy and thus grow faster and healthier.

* Arranging your garden asymmetrically allows Chi to flow freely through it.

The Bagua is the roadmap of Feng Shui. It is made up of nine life sectors that correspond with cardinal directions as well as specific areas of your life such as wealth, fame, relationships and children. By placing items in your garden according to the nine sectors and directions, you are able to control these aspects of your life. However, if placed incorrectly, certain parts of your life can suffer misfortune or other negative consequences.

* The Bagua is comprised of nine life sectors that correspond with cardinal directions.

* By placing décor and plants according to the Bagua you can control aspects of your life.

* If placed incorrectly, sectors can clash and lead to negative consequences and misfortunate.

The five elements (earth, metal, fire, wood and water), when in perfect harmony, create a welcoming space in your garden. The inclusion of these elements allows for the Chi to move freely, thus enlightening your life and grow rate. But, much like the Bagua, placement is everything. For instance, if there is too much water in your garden, it will cancel out the fire, and vice versa. Ponds and fire pits are great ways to help resolve such issues.

* The five elements, when in perfect harmony, create a welcoming space in your garden.

* The inclusion of all five elements enlightens your life and grow rate.

* Placing opposing elements together can cancel out their benefits.

The natural world, according to ancient Chinese culture, is both interconnected and independent. Light and dark, high and low, good and evil, intermingle in ways that complement one another. Essentially, in order to have a sunrise, you must have a sunset, and so forth.

This relationship between the forces of the universe is referred to as Yin and Yang and is as important to your garden as it is to your life. By keeping the energy around you adequately balanced you will ensure growth not only physically, but mentally, emotionally and spiritually.

* In ancient Chinese culture the natural world is both interconnected and independent.

* The relationship between the forces of the universe is referred to as Yin and Yang.

* Keeping the energy around you balanced, you will ensure growth physically, mentally, emotionally and spiritually.