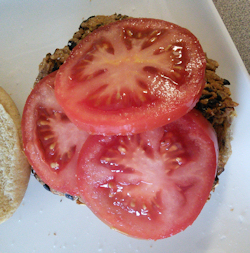 I’m an almost-perfect vegetarian (OK, so I cheat from time to time – so sue me! :-) But, I love burgers!!! So what’s a gal to do? Obviously, it’s to eat bean burgers. I’ve been buying the Morningstar Farm burger, which I like, and I’ve tried Boca burgers, which I don’t like. However, there are reports that MF uses GMO products. And that isn’t an isolated claim so I decided to start making my own burgers. And now you get to share my breath-taking first attempt. Blow the bugles and strike up the choir because I LOVE them.

Heat your oven to 400 degrees while you make your patties.

I used organic beans and rinsed them very well. Then I mashed them with a potato masher, but leave lots of pieces. You don’t want to make a bean paste. 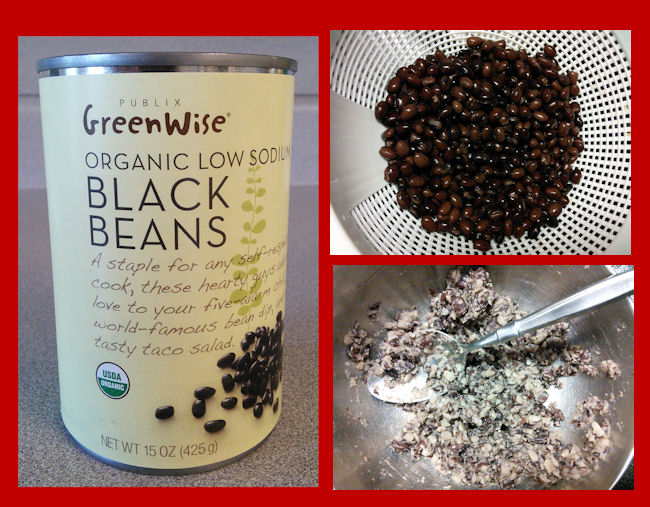 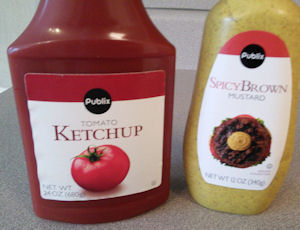 I added the ketchup and mustard and, yeah, I know that ketchup isn’t an especially healthy food but I was sort of following a recipe that I found in a book.

If you don’t have instant oats, like me, it’s no big deal. Simply put your oats in your food processor and pulse them until they’re really chopped.

Mix them in with the beans and shape into 4 patties. I really compressed the patties as much as I could because it’s obvious they can easily break apart. 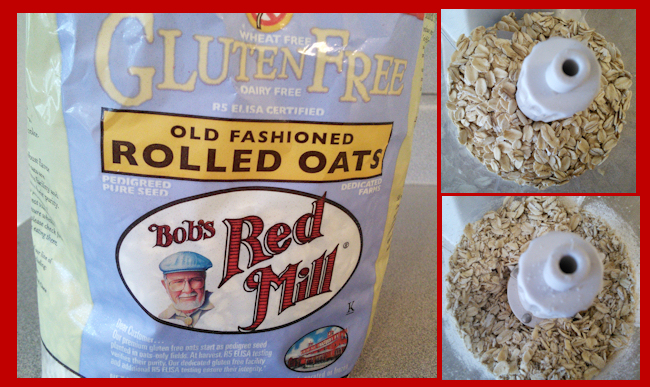 Bake 7 minutes, turn them over and bake 7 more minutes.

My burger was delish!!! These are a winner and I’m going to make them again and again. I ate one and froze the other three. 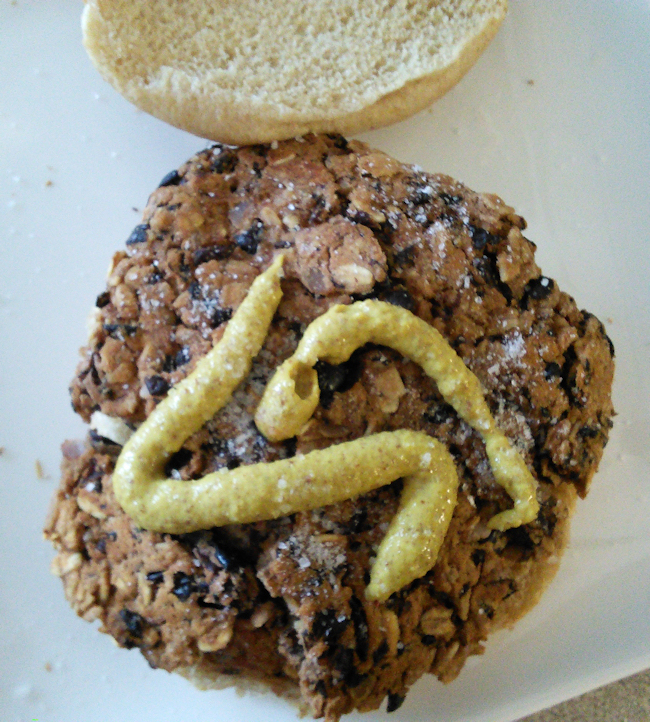 * The mustard taste was noticeable. That’s good for me because I love mustard, but if you don’t, tone it down a bit. 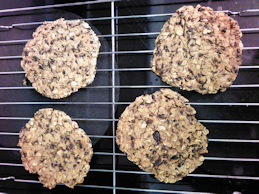 * I cooled them on wire racks so they wouldn’t get soggy on the bottom.

* It’s very easy for them to break apart. One just broke into multiple pieces even though I was careful. It made me think about deliberately breaking them into pieces and using them for sloppy joes or pasta sauce? Worth a try.

* When I was mixing them, I added a fairly generous dollop of Mrs. Dash’s Southwest Chipotle flavoring. It wasn’t in the recipe but I love it.

* I didn’t create these to save money but they’re a lot cheaper than Morningstar Farms burgers. At my Publix store, a package of 4 burgers costs $4.99 or approximately $1.25 each. The ones I made cost somewhere between $.25 – $.35.

* There are a ton of other beans and other recipes. I’m going to experiment with lots of them until I find the ones I like the most. I chose this recipe because it was simple and I had the ingredients – although, not really, because Lindsay’s recipe called for powdered garlic and powdered onion, which I didn’t have.

VERDICT: my first attempt at making my own black bean burgers was an A+ success!

UPDATE: while I love and adore my burgers above, there’s one problem: they fall apart! Easily. Constantly. So I tried a second version which I like even better because they’re much ‘sturdier’. So go here to see my more recently vegetarian burger recipe.