You are here: Home / At Home / The Results of Our Repulse-The-Sugar-Ants Experiment 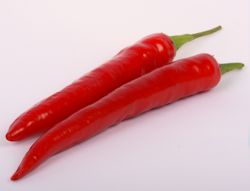 In an earlier post I described our experiment to repulse sugar ants that seem to love our home. I deliberately used the word “repulse” rather than “kill”. I actually admire ants … they’re industrious, hard working and apparently loyal to their clan, if that word can be used with ants. Those are all admirable qualities and I don’t want to kill them. BUT they absolutely cannot take up residence in our home. If unchecked, their numbers will rapidly increase and I’m not sharing these walls with zillions of insects, even ones I kind of like.

So, we tried an experiment with an ant-repulsion formula (the recipe is in this post: An Experiment To Repulse Sugar Ants).

The result? TOTAL SUCCESS! It took about four spray-sessions before they decided to hang it up. You have no idea what a Big Deal this is. We’ve eliminated them before but they always come back. Soon. But not this time. It’s been over two weeks, which is a record in warm weather, and there’s not sign of them.

The only downside is one I mentioned before – the formula is reddish because of the pepper so don’t spray it on light-colored areas. Other than that, it’s awesome! If you have an ant problem I highly recommend this.