You are here: Home / At Home / Vaping with Herbs 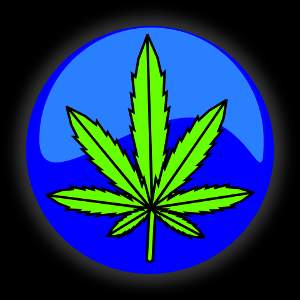 Many smokers find that one of the most enjoyable cigarettes of the day can be the one right after a meal. It is the same with vapers. Then you have the marijuana vapers who want to eat after they vape. Either way, food and vaping can be said to go hand in hand. Vaping also goes great with marijuana edibles.

Did you know that there are vaporizers that you can use dry marijuana with? There really are, and you can find their vaporizer reviews online too. Apparently, these are difficult to choose from because of the wide range of cost. They can be as little as $35 or as expensive as $700. For this reason, it is always best if you do your research and read quite a few reviews before purchasing one. A lot of people will buy one simply for the design and not be happy with it once they begin using it. Whatever you do, if you intend to vape using dry herbs, avoid the conduction vaporizers because the herbs will catch on fire when they touch the exposed heating element.

Have you ever wondered how a vaporizer works? There are quite a few different types on the market, but they typically all use the same principle. That principle is to heat the herbs until the active chemicals begin to boil and then vaporize.

Now, when cannabinoids get heated to the ideal temperature, they typically boil and vaporize. The cannabinoids are then concentrated into a viscous resin that get produced in glandular type structures known as trichomes. These are the little, sticky, hair like things that you frequently see on the ends of the buds.

If you want to vape marijuana but keep the harmful carcinogens from getting into your lungs, try a medical marijuana vaporizer. Not only do they filter it better, the efficiencies in their design can also be cost saving.

There are many benefits to using a vaporizer. The main benefit of vaping is the fact that there isn’t any smoke. As the herbs vaporize, you will notice that there is a very thin vapor mist. This is when the herbs are at 338°. Now, compare that to the temperature at which the same herbs burn – 2012°. In the process of burning, the herbs create quite a few different carcinogens, all of which are harmful. The smoke that comes as a result of the fire is the leading cause of quite a few different respiratory disorders as well as lung cancer.

Another advantage is in the money that can be saved. See, vaporization happens at temperatures that are well below the temperature required for combustion. This means that nearly twice as many constituents get delivered to the vaper than what you would get from simply smoking the herbs. Cannabinoids happen to be very combustible and a number of all of the delicate little glandular trichomes can be destroyed when the herbs are smoked. That doesn’t happen when they are vaped.

Since with a vaporizer, you aren’t actually smoking the herbs, there is only a small bit of aroma involved with the process. This is yet another great advantage for quite a few people who want to have the benefits of marijuana without the smell associated with it.

Vaping is a technique that allows the user to stay away from those respiratory toxins that can be irritating in the smoke from marijuana by heating the herbs to the ideal temperature so that the psychoactive ingredients will simply evaporate without needing to combust. Lab studies have found that vaporizers are efficient at delivering the cannabinoids while drastically reducing or even eliminating the other toxins contained in the actual smoke. Smoke has toxins that are hazardous to your respiratory system. Among these toxins are polynuclear aromatic hydrocarbons, which are one of the leading suspect when it comes to cancers related to cigarettes. Users concerned about these respiratory hazards of smoking have been strongly advised to turn to vaping instead.

Therefore, the message is clear: vaping beats smoking in health, cost, and even environmental departments. If you aren’t already on the vaping train, consider climbing aboard.