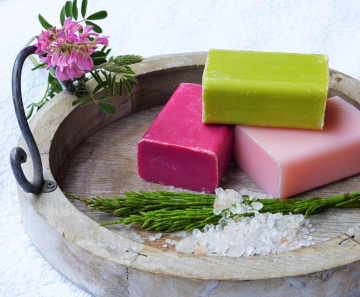 Sound familiar? It should if you read the ads from cosmetic and skin care companies because each one of them is claiming that their anti-wrinkle cream is the real deal.

But the truth is that the “best” anti wrinkle cream doesn’t exist! In fact, it can’t possibly exist. Why?

1. Because everybody’s face is different. What’s best for me, definitely isn’t best for you.

2. Not only that, but to use the common vernacular, “s**t happens”. What was best for my skin at 15 {if I’d even thought about wrinkles – which I didn’t, because not only was I immortal, but a youthful immortal as well} surely isn’t right at … well, considerably more than 15 now.

Or, it’s cold here in Atlanta and my skin care regime is different from hotter weather. Since I make my own natural skin care products, I’ve switched to a cream base, whereas in the hotter months I prefer a lighter lotion base.

Most of us – no, make that ALL of us – aren’t exactly fond of the idea of looking and getting older. Since our face is one of the most important barometers of age, most women and many men become interested in an anti wrinkle face cream. Wrinkles are ‘The Enemy’ and we all want to either avoid them or get rid of the ones we have.

Current wisdom says that wrinkles are “inevitable”, although I’m not so sure about that. But at least for now, wrinkles (or “fine lines”, as they are euphemistically called) seem to be inevitable. The exact age we get the darned things depends on lots of factors, primarily sun exposure. But our lifestyle can be an asset or a plus. Not sleeping enough, eating garbage, over-reacting to everything that comes along takes its toll on our skin for sure.

A most popular alternative these days is surgery. Personally, the idea of someone cutting on my face gives me the serious creeps, but lots of folks disagree. And if those are too drastic, then there the less horrible, but still dreadful choices – like that vile botox! Pumping chemicals into our system to look younger in the short term simply HAS to have horrible consequences down the road. {“Hmmmmmmmmm … I think I’ll poison myself for my own good.” Huh?}

But even if you’re willing to undergo surgery, it should be delayed as long as possible. Imagine getting your first facelift at 30 – and a new one every so often until you’re 75. Your face is definitely going to look strange. Instead, it’s wise to invest in the highest quality skin care products – especially natural skin care products that you whip up yourself. Head for the kitchen, rather than the doctor’s office!

Antiaging skin care products and moisturizers {which is almost always what an anti wrinkle creams is} are terms that are often used interchangeably – but that isn’t necessarily accurate. The purpose of antiaging skin care treatment is to make changes at the cellular level, whereas moisturizers are usually used to hold in moisture and protect. There is a lot of propaganda and outright lies from the skin care manufacturers and promoters about what ought to be in these potions and lotions and I’ve learned from personal experience that we have to rely on ourselves and our results, rather than advertising claims. In short, the best anti wrinkle cream is one that is made just for YOU.