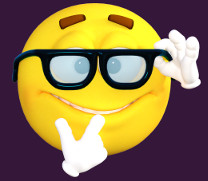 There is a very famous logic puzzle that has been around since at least 1962. There are several names for this puzzle including the “zebra puzzle” or the “Einstein puzzle”, although there is no evidence that our famous genius ever had anything to do with the puzzle. There are several versions but usually they only involve changing colors or cigarette brands or making the cigarettes into cars or such irrelevant changes.

Here’s the thing … supposedly only 2% of the population can solve this puzzle. Is that true? I don’t know but the logic puzzle is a challenge. I’ve solved it, so can you???

NOTE: I will post the answers in two days.

There are five houses.

The Englishman lives in the red house.

The Spaniard owns the dog.

Coffee is drunk in the green house.

The green house is immediately to the right of the ivory house.

Kools are smoked in the yellow house.

Milk is drunk in the middle house.

The Norwegian lives in the first house.

The man who smokes Chesterfields lives in the house next to the man with the fox.

Kools are smoked in the house next to the house where the horse is kept.

The Norwegian lives next to the blue house.

QUESTION: Who drinks water? Who owns the zebra?