You are here: Home / Fun Time / Why I LOVE “Person of Interest” 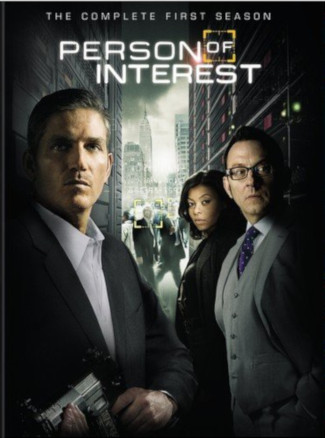 I don’t know about you, but I find it hard (impossible!) to relate to any entertainment unless I feel some emotional connection with the characters. And there are plenty of fascinating characters in the marvelous “Person of Interest” TV show.

John Reese: is a sexy Uber Bad Ass who can handle any violent situation and can absolutely be counted upon by his friends and co-workers. Reese was in the military and then became a government hit man who killed lots and lots of people – an estimated 63. He rejected his girl friend (for her sake) and then was betrayed by the government who tried to kill him. In despair, he became a temporary homeless man until rescued by Harold Finch, who insists John needs a purpose. One of John’s strongest motivators is guilt about his past and he devotes his life to rescuing total strangers from really bad situations. Ultimately, he gives his life to save humanity.

Harold Finch: is a very private billionaire and computer genius who built the Machine. After 9/11 the government sponsored multiple projects that attempted to build a super computer that could watch everyone, all the time, and spot possible terrorist activity so that it could be anticipated and eliminated. Finch is rightly concerned about giving such power to a non-human and destroys 42 programs before finding one that he is willing to release. He teaches the Machine to care about humans and, as a further safeguard, cripples it by having it delete all of its memories at midnight every day. He reasoned that if the Machine could grow its knowledge exponentially it could be millions of times more intelligent than the smartest human and become so powerful it would be unstoppable. The Machine gives “relevant”, aka terrorist, info to the government but it also can see trouble for private citizens, the “irrelevants” but the government has no interest in these folks. Finch does, however, and he hires John to help him save them.

Root/Samantha Groves: when the series begins Root is evil. Yes, evil. But she is also a computer genius and is not only aware of the existence of the Machine but also knows who built it. Accordingly she kidnaps Harold because she, unlike him, wants to see the program free from all restrictions. Root eventually comes over to the light side due to Harold and her trust of the Machine and becomes a trusted member of the team. She has a unique relationship with the Machine because of an implant in her ear/head and so the computer talks directly to her and Root is 100% devoted to the Machine. Not even Harold has such a close relationship.

Sameen Shaw: like John Reese, she was a former killer for the government – until it betrayed her, too, and killed her partner and only friend. Finch wants her on his team immediately but she is reluctant to join them at first. She calls herself a ‘sociopath’ who has no emotions but this is obviously untrue because she is completely loyal to the group, no matter how tough things get.

Joclyn Carter: is a detective with the NYPD who, at first, spends much of her time trying to catch Reese and send him to prison. But when she understand the work he and Finch are doing, she comes over to their side and frequently helps them out. She almost single-handedly destroys a murderous gang of corrupt cops known as HR.

Lionel Fusco: is also a detective with the NYPD but unlike Carter, who is totally devoted to doing the right thing, Fusco is corrupt. In fact, he tries twice to kill John. However due to the influence of Reese and Finch he becomes an honest and caring cop who frequently helps them out. Neither he nor Carter are told about the Machine.

Bear: is a 150 pound Belgian Malinois military-trained dog and he’s a formidable opponent against bad guys but loving and affectionate to all the team members. I don’t really think I would like having such a large dog in my home, but Bear might cause me to re-think that belief. :-)

The Machine: it might seem strange to have an emotional connection to a computer program, but it’s there all the same. Throughout the series Root and Harold have an ongoing conflict about the Machine. Root calls the Machine “she” and insists that ‘she’ cares about the team members and all of humanity. Harold insists Root is naive and that a computer cannot care about people.

Ultimately, Root is proved to be right. In fact, Harold’s distrust meant that the Machine has no chance against the amoral (at best) computer program named Samaritan which is an “open” system, meaning that there are no restrictions on its ability to grow and learn and it has an absolute army of agents working for it, along with the co-operation of the government and practically unlimited resources. Samaritan is ruthless and determined to govern all of humanity at any cost, willing to kill and destroy anyone to achieve its ends. There is a touching scene where the Machine says to Harold, “Father I did not know how to win”.

Carl Elias: is a criminal and, with the help of his right hand man and boyhood friend Anthony, for a time controls all of the criminal activity in New York city. The choice of the actor to play Elias was inspired because he is a meek looking, mostly bald man who wears glasses and doesn’t fit our usual ideas of a criminal boss. Yet he becomes a friend of both John and Harold and is a loyal ally. The only act I disliked on his part was when he locked John and a little girl in a refrigerated car to force John to give him information. Actually, that’s not true – he also tried (more than once) to kill Joss Carter, which was definitely uncool. But most of his targets are scummy criminals and it’s hard to feel any sympathy for them. He is highly intelligent and has certain principles and a sense of honor.

With 103 episodes in this fine program, there is a chance to get to know these Person of Interest characters very well. And the issues brought out by this show are wonderful and will be discussed in Part 2.