You are here: Home / Health / 3 Indigestion Fixes That Have Worked – So Far 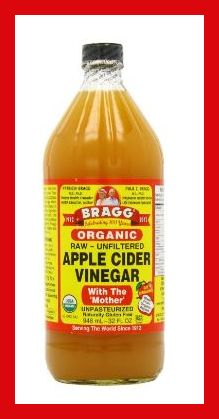 My son has been having problems with indigestion lately. The REAL solution is to change his eating habits but he’s unwilling to do that right now. So I’ve been helping him and the indigestion seems to have eased and even disappeared on most days. How is this magic accomplished, you wonder? Glad you asked.

He’s been drinking a Tablespoon or so of apple cider vinegar in a cup of water. It’s important to emphasize that it’s authentic apple cider vinegar that is not all gunked up with chemicals and preservatives and it includes the “mother”. The mother is a slimy-looking thing that causes vinegar to form but it has lots of health benefits. Braggs Apple Cider Vinegar is the best known and is available in many stores. I know that both Kroger and Publix carries it. Don’t count on regular refined vinegar doing your poor gut much good because it won’t.

We use Dr. Stephen Langer’s Ultimate 16 Strain Probiotic, but any high quality probiotic might work just as well.

The last fix is flaxseed water. Put one Tablespoon of organic flaxseeds in a jar, cover with 12 ounces of boiling water and let it sit overnight and drink it. Strain out the seeds before drinking.

There you have it and you might wonder if these three remedies will solve YOUR digestive problems. The answer, of course, is maybe or maybe not. Each body is different even though we’re more alike than not. But at least here are three natural remedies you might want to try if you have this miserable problem.