You are here: Home / Health / A Quinoa Recipe For An Alkaline Breakfast

I used to eat a mostly-alkaline diet and then drifted away from it. But my interest has rekindled and I want to share this quinoa recipe for an alkaline breakfast. It’s delicious, filling and definitely more alkaline than not.

#1. So let’s start with an organic quinoa salad that I made a couple of days ago. 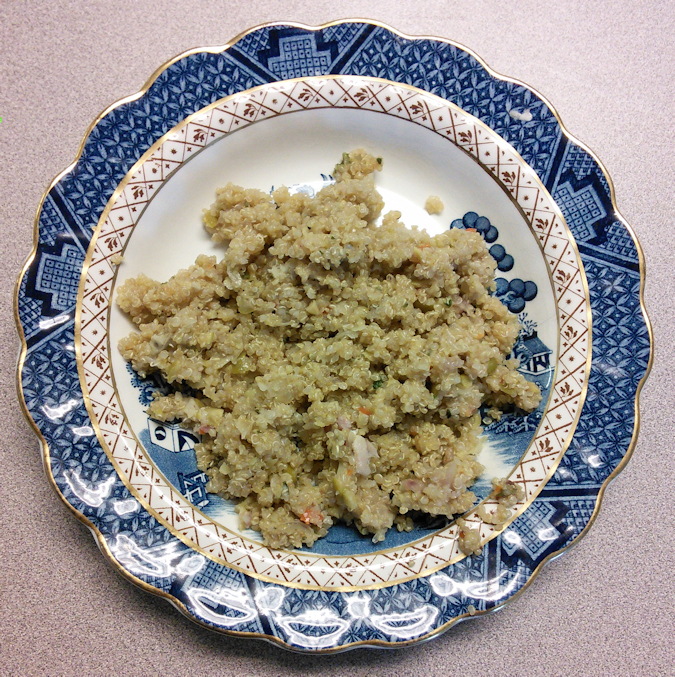 There are three grains that are usually recommended for an alkaline diet: quinoa, millet and buckwheat. I’m not too crazy about the millet and buckwheat, so quinoa it is, with occasional wild rice and brown rice. (I have thought about acquiring a taste for the other two, though – am going to give that a try.)

I cooked the quinoa and added: green onions, carrots, artichokes and some green olives, after grinding all of them into small pieces. Then I threw in a bit of olive oil, some Mrs. Dash Southwest Chipotle and let in sit for a bit to absorb the flavors. I make this a lot and there’s no real recipe – I just throw in whatever I have on hand, like sun dried tomatoes, parsley, cilantro, etc.

#2. Next, I added some crunchy, alkaline, delicious pumpkin seeds. 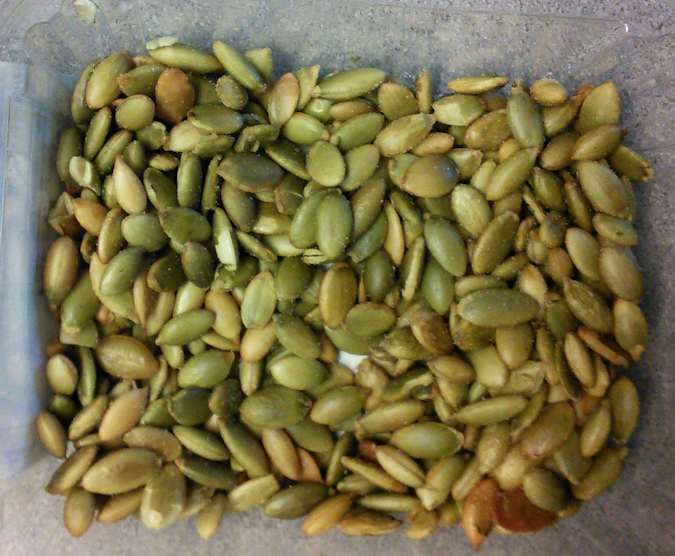 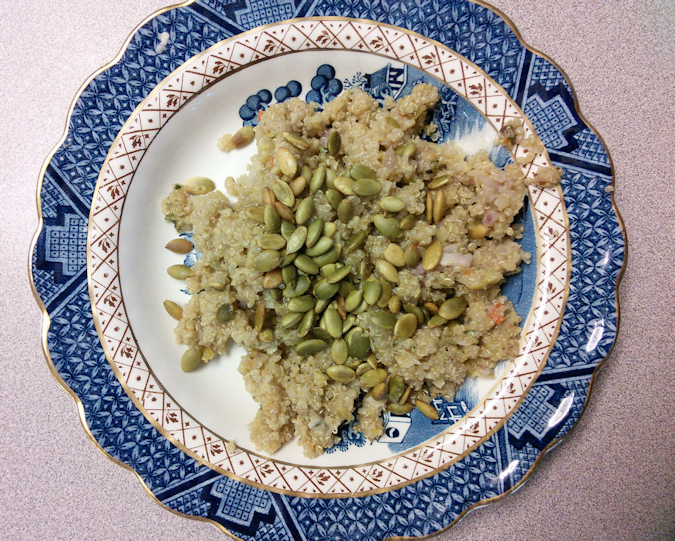 #3: Next, I squeezed on some fresh lime juice and drizzled some Paul Newman organic olive oil over the quinoa and seeds. 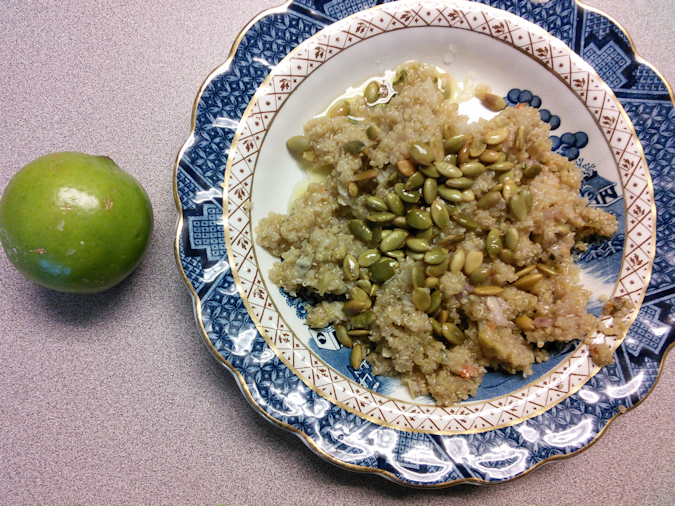 #4: Then came a very generous dollop of guacamole and a sprinkling of sea salt. 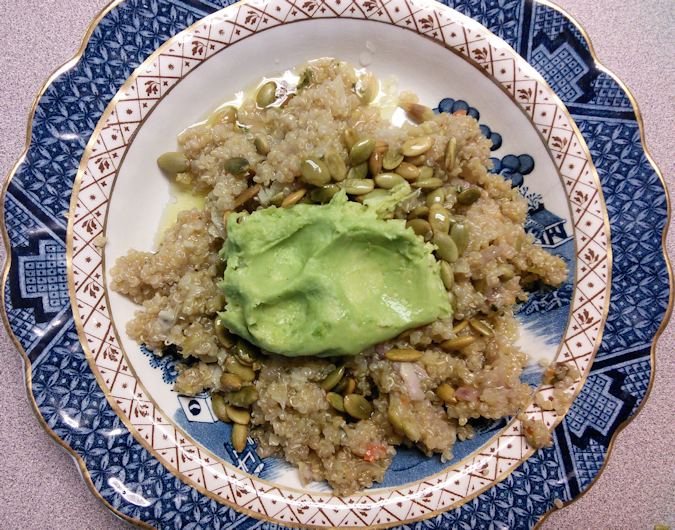 I buy already-prepared guacamole that is nothing but organic avocados and lemon juice.

There are many more goodies I could have added to this salad, like argula and tomatoes, but I’m not that hungry right now and this is very filling, especially with the avocado which is loaded with good fat.

That’s actually a trick question because there is no answer. Is it hard for me? No, because my ‘normal’ eating isn’t that different. But for anybody else in my family it would be a really tough adjustment. For one thing, there’s little meat in an alkaline diet except perhaps fish a couple of time a week. Since I rarely eat meat anyway, I could care less. Sadly, that’s not the case with the rest of my carnivorous family.

Lots of folks who talk about this diet – like Robert Young, author of The pH Miracle, recommend gradually transitioning but I have mixed feelings about that. A gradual change also means gradual results and so people may not be inspired to stick with an alkaline diet because they don’t see any results.