You are here: Home / Health / ADHD And Brain Training – Looking At New Discoveries 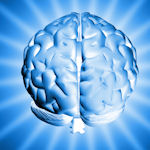 Let us go back and see how all this developed because it is a fascinating story. I always like to think of the ADHD brain as having rather faulty wiring. The communications system between the neurons is defective. That means that messages, sensory perceptions and so on are not getting through or take rather a long tortuous route to get there.

Along come all the ADHD drugs which are nothing more than amphetamines which stimulate these brain transmitters and the child begins to concentrate, is calmer and has a greater attention span. He or she even gets better grades at school. The medical authorities say that behavior therapy or basically effective parenting skills are the most important part of any treatment plan. But nobody takes much notice of that advice. Ritalin for breakfast and once your kid takes his meds, he will be fine!

The problems with ADHD drugs

Let us face it. ADHD drugs are great for a quick fix and they have been compared to a band aid for temporarily relieving some of the most irritating and annoying ADHD symptoms. The effects do not last and they do not rehabilitate the brain in any way, neither do they help you to acquire vital life skills for the rest of your life. There are numerous problems with side effects and worries about long term health risks.

Exit the drugs for savvy parents and enter brain training. I was fascinated to read Nicky Vanvalkenburgh’s book called : ‘Train Your Brain, Transform Your Life: Conquer ADHD in 60 Days Without Ritalin’. She suffers from ADHD and was convinced that Ritalin was not the answer. She started to investigate brain training. After all, if we break a leg, we have physiotherapy to get back the full function of that limb. The brain is similar and if it is not working properly, a little training will work wonders. She based her research on the following facts:

* the brain reacts to sound-light technology
* this was to form the basis of the ALERT system
* the neurotherapy literature on this research is vast and can cover problems such as PSTD and other mental disorders
* the audio visual technology is widely used in brain training institutes
* impulsivity and hyperactivity are nothing more than the symptoms of bad brain habits
* the right training creates new neural pathways and you can see results within a short period of time
The great thing about this form of treatment is that there are no drugs involved and you never have to worry about loss of appetite, insomnia or risks of addiction. Now that is food for thought!