You are here: Home / Health / Junk Science & Cleansing Your Body With A Detox Diet 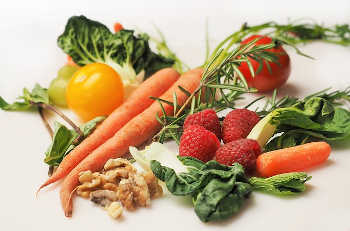 Everywhere you see a bias against natural healing methods, in favor of Big Pharma and surgery. For instance, here’s an article in which the BBC unwisely announced that detox diets are “useless” and our bodies are quite capable of cleansing the body easily and efficiently. [http://www.dailymail.co.uk/sciencetech/article-425739/Detox-diets-useless-say-researchers.html]

The so-called BBC ‘study’ was laughably deficient. The subjects of this effort were 10 women who were 19 -33. Five of the women test subjects promised they didn’t eat or drink “processed foods, salt, sugar, tea, coffee, wheat, red meat, dairy produce, alcohol or fizzy drinks” while the rest of the women ate ‘normally’ [we must supposed the others consumed those forbidden substances]. In a mere five days, their liver and kidneys were checked, as well as some antioxidant levels.

The BBC states: “At the end of this test, they were tested and the researchers found no difference between the groups for their liver and kidney functions or their vitamin levels”.

This is a pathetic “scientific test” on many levels:

1. First of all, 10 people are a laughably small number for a test. There have been other research efforts with thousands of test subjects that indicated completely opposite effects.

2. We have no idea if the five test subjects actually followed through with their commitment.

3. Simply ceasing fizzy drinks, etc., simply means that no more poison was added to the body – it doesn’t necessarily supply any support for actual cleaning. I use the word ’supposedly’ because we have no idea at all what actually went into their bodies. And that is the point!

4. Most importantly of all is the time involved in this pseudo experiment. The participants were 19-33, so that makes the average age 26. Twenty six years = 9,290 days of life. And there were no major changes in seven measly days? How surprising! Can anyone seriously suggest that a liver, for example, is going to become an entire new organ in such a brief time?

5. These so-called test subjects are fairly young. Perhaps their bodies are mostly competent at throwing off toxins – but what about when they’re 40? 50? 60? 70? Will loading junk into their bodies for a few more decades affect their liver or kidneys ability to eliminate poisons? Clearly it will.

The BBC should be [but most likely isn’t] embarrassed and ashamed to make such silly claims based on such weak ‘evidence’.

Clearly this argument has resonated with many folks on both sides of the “detox-don’t detox” diet debate. I found one forum with multiple pages of arguments. While I didn’t count, there were somewhere between 100 – 200 posts, many of which had degenerated to name calling, jeering and claims of the idiocy, gullibility and stupidity on the other side.

This is as silly as the BBC story. There is one – and only one – authority on detoxing: your very own body. To anyone with serious questions about detox diets and cleansing your body this is the best advice you will get: try it for yourself. See how your body likes it. How do you feel? Better or worse? If you listen carefully, your very own body will give you all the answers you need. The rest is all moonshine and nonsense.