You are here: Home / Health / Food Poisoning: What it is, How to Deal With it, How to Prevent It 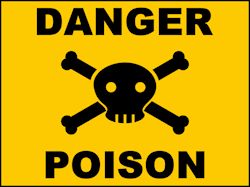 Food poisoning is nobody’s idea of a good time. Even so, it will eventually happen to all of us sooner or later. A restaurant didn’t wash its lettuce thoroughly, you let that leftover chicken sit a little too long, you ate something anyway even though it tasted a little weird (you didn’t want to be rude!) — however it happens to us, we can all agree: we hate it and want it to be over as quickly as possible.

What is Food Poisoning?

Food poisoning is also called “foodborne illness” but if you’ve ever had it, you know: it’s no mere illness. It happens when you eat a food that has gone wrong somehow and your body devotes all of your bodily resources to getting that substance out of you. There is one exception to this rule, which we’ll talk about later in the article.

The two most common causes of food poisoning are bacteria and parasites. You’ve undoubtedly heard about E.Coli, salmonella and botulism (yes, the same stuff that people willingly inject for cosmetic reasons). Other bacteria often responsible for food poisoning are Campylobacter and listeria.

You’ve undoubtedly heard about the problems Chipotle has been having because of these types of contamination. There have been some cases so bad that the person affected has hired a food safety lawyer to help them recoup lost wages and other damages that happened as the result of being poisoned. Some of these cases have even gone on to become class-action suits!

The most common food poisoning causing parasite is Toxoplasma, a parasite common in cat litter boxes, which is why many experts recommend that pregnant women and people with faulty immune systems get someone else to clean their cats’ litter boxes.

How Does Food Poisoning Happen?

First, let’s get the scary part out of the way: all of our food starts out pretty much overrun with bacteria and other problems. Most of the time this isn’t a problem because the cooking process kills all of the bacteria, parasites, etc that can cause the body to react violently. You are more likely to get food poisoning from raw food than cooked food and from non-pasteurized dairy products than the pasteurized varieties.

For cooked foods, food poisoning happens when people eat a food that has been contaminated with fecal matter–it only takes the tiniest trace amount to wreak havoc on your insides. This tends to happen when the person who prepares your food doesn’t wash their hands.

It is the God’s honest truth that you’ll know what food poisoning is when it happens to you. The most common symptoms are nausea, vomiting and diarrhea. These symptoms will often be accompanied by abdominal cramps, weakness, fever, appetite loss, and headaches. Basically, food poisoning is like a stomach flu that has gone full Hulk.

How to Treat Food Poisoning

Often, the best treatment for food poisoning is to take it easy for a couple of days and let the illness run its course. Get plenty of rest and get plenty of fluids (food poisoning can cause severe dehydration). Drink beverages that have a lot of electrolytes but stay away from those that include caffeine. You can also take over the counter remedies like Pepto-Bismol and Immodium to help ease some of your symptoms.

There are cases, however, that will require more care. If your fever ever goes above 101.5, if you have trouble seeing or speaking, if you become severely dehydrated or if your symptoms last longer than three days, you need to see a doctor, and if you can’t get in to see your PCP that day, you should go to the emergency room.

Food poisoning happens all too often. Even so, you can reduce your chances of getting it often by making sure that your food is prepared properly and that the restaurants at which you eat all have good health code ratings and are inspected regularly.