You are here: Home / Health / Is Organic Food Worth The Extra Cost? 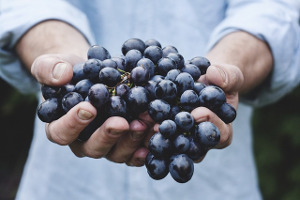 There’s simply no doubt that organic food costs more than highly processed ones. This seems counter-intuitive because, after all, the farmer doesn’t have to spend money on chemical fertilizers and pesticides so it seems that food can be grown more cheaply, rather than costing more.

But there are other factors that run up the cost. For instance, there is much greater loss to insects with organic produce. And because organic isn’t as popular as the chemical-laden packages in the supermarket, the law of supply and demand inevitably raises costs.

So, in these days of skyrocketing food prices we must all ask ourselves if the higher costs of organic are justified. And the larger our family, the closer attention we must pay to our bill at the checkout counter. Defenders of the chemical foods that compromise the largest selection in any traditional grocery store insist that there is no proof of the superiority of organic food. But these folks are misinformed since there are numerous research studies proving that human health is promoted by fewer man-made chemicals.

Humans have lived on this planet for at least one million years and chemical fertilizers and pesticides have been used for only the tiniest fraction of this time. When they appeared on the fields, little research had been done and they were applied indiscriminately. Now we know that these chemicals are dangerous to humans and load our bodies with heavy metals and toxins that build up over time. Just a few of the related diseases are:

Further, we ingest multiple chemicals and we simply have no idea how they interact with each other but it is certainly logical that their effect is not benign.

In addition, once harmful pesticides and fertilizers are in the soil they are certain to remain for many years even if their use is discontinued. Many chemicals that have been banned are found to still be present 20 years later.

We know for sure that these chemicals are harmful to birds and other wildlife and therefore they can’t possibly be promoting health in the human species. The food chain is affected by these toxins. Insects eat the artificial fertilizers and are then eaten by birds and so on, up the chain.

In addition, scientists insist that the very existence of our species depends on insects which are helpful for the environment and destroying them will almost certainly have long-term consequences.

A certain amount of these dangerous chemicals wash off the land and into the streams, rivers and underground aquifers that supply our water. In all metro areas, more chemicals are added to the water supply turning that ordinary glass of water into a true cocktail chemical.

One of the reason that so many of us supplement our diets with vitamins and minerals is because our traditional source of these critical compounds – enriched, natural soil – has been depleted by the continued use of pesticides and fertilizers. Organic food is significantly higher in these vital compounds. Three important ones are:

* Antioxidants: work to neutralize dangerous and aging free radicals; reduces the chances of chronic diseases like atherosclerosis or hardening of the arteries; toughens the immune system and even combats cancer.

* Magnesium: the nervous system works much more efficiently with adequate magnesium which also helps to prevent heart attacks or ensure that, if one occurs, it won’t be fatal; cell metabolism is stronger; heartbeat is stronger and blood pumps more efficiently and thus regulates blood pressure; works against the development of osteoporosis, especially when paired with calcium; reduces the onset of diabetes.

The good news is that organic foods are rapidly gaining in popularity and their use has spread to popular items like cereals, pastas and all kinds of bread. So we are no longer limited to just fresh produce but can easily build entire meals that contain only organic ingredients. As demand increases, we can be certain that prices will decrease. With such a diet, detoxification from chemicals can occur rapidly and every function in the body will improve over time.

Making the decision to invest in organic food is certain to pay off in health benefits for you and your family. Whether the increased cost is worth it is an important decision and not one to be made lightly.