You are here: Home / Health / Natural Remedies / 3 Natural Ways to Lower Your Cholesterol 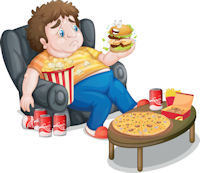 There are a myriad of drugs to lower cholesterol but before adding another drug to your life you might want to consider these three natural ways to lower your cholesterol levels.

1. Countless studies show that not getting enough sleep will raise cholesterol in the human body. You should be sure that you get at least five hours of rest every single night because less than that is linked to high levels of both "bad" LDL cholesterol and triglycerides.

2. Eat some cheese and crackers an hour before you go to bed. Combining carbs with calcium boosts serotonin and serotonin brings the calmness and relaxation that can help you sleep more deeply and longer.

3. Krill oil helps to control cholesterol. In a Canadian study, krill oil, a supplement made from a shrimp-like sea creature, works better than fish oil capsules of lowering LDL cholesterol and triglycerides. Krill oil is rich not only in omega-3 fatty acids but also in the cholesterol fighting antioxidant called astaxanthin.