You are here: Home / Health / Natural Remedies / Breathing Problems? This Just Might Help 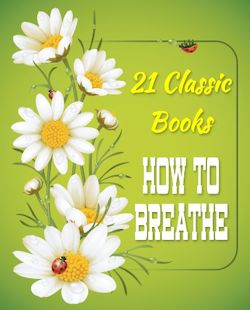 If you have breathing problems, I feel your pain (if you’ll excuse an overused and tired cliche). I have mild adult asthma and often gasp for breath. But you don’t have to have a medical issue to notice that when you want to breathe, your breath is shallow, rather than deep. It’s an awful feeling … I sometimes feel like I’m smothering!

I decided to do something about my breath problems and realized that some of the ‘classics’ were best for this issue. Yogis are certainly skilled in breathing and I found a breathing DVD whose authors are Shakespeare, the artist George Catlin, John Burroughs the famous naturalist, plus doctors and yogis. I’m slowly working my way through the material and am definitely making progress.

But I also found a quickie way to improve my breathing. It isn’t a ‘cure’ by any means, but it works in the short term. If you, too, need an oxygen pick-me-up and know EFT or tapping, then you might want to try this for yourself.

A Quickie Solution For Breathing Problems – Even Though It’s Temporary

I’m not going to teach anyone EFT but if you already know if, you can use your skills to help your breathing.

Take a minute or two to notice your breath and give it a rating from 1-10. Mine is usually a 3-4 when I use this exercise. Don’t worry about whether your rating is “right” – because it’s totally subjective. If you think it’s a 3, for example, it is.

How would you rate your breathing now? I’ve never had less than an 8 when using this quickie breath tapping game. So many thanks to Rick Wilkes for this simple, quick, breathing exercise.

Will it work for you? I have no idea, but it’s so easy that it’s worth a try. Just remember that it’s not a permanent solution – I’m hoping the valuable information in the DVD will give me that. And I’ll keep you informed about the progress I’m making with my breathing problems.