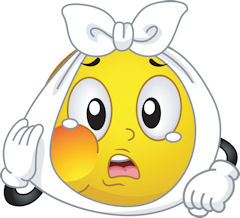 … you might want to follow along for the next few weeks as I discover whether oil pulling can truly heal teeth or whether the whole idea is ridiculous.

For the past several months, I’ve been experiencing a lot of on-again, off-again pain in my mouth. “Sensitive” is a polite and refined word for my pain – I suggest others like “anguish”, “misery”, “torment” or “torture”.

My only health professional, my chiropractor, is also a kinesiologist and he says that I don’t have cavities but that instead there’s a nerve problem. I think that’s true because brushing my teeth doesn’t hurt at all.

I’ve been following the standard remedies for sensitive teeth – Act mouthwash to ‘restore’ my teeth and Sensodyne toothpaste to heal them.

My results from using this stuff: the pain has gotten worse. Much worse.

My Day In Hell

Yesterday morning I woke up around 4AM because my mouth was in excruciating pain. On the famous 1-10 scale, this was an 11.

I grabbed my beloved Nexus tablet and started reading remedies on the Internet and was reminded of oil pulling. A forum commenter stated that he swished every three hours for a painful mouth and so I decided that I would do the same (details below).

I had some coconut oil in the cabinet so I started my swishing and then got on with my Day in Hell. I spent the day propped up on the couch, trying to read and deal with the pain.

Anyway, I continued with my oil pulling and at about 6PM my wonderful son was so concerned that he went out in rush hour traffic and got me some super strength Tylenol, which helped. I haven’t taken an OTC medicine in decades – really, decades. But at that point I would have swallowed anything that promised relief.

The Next Morning, Day 2

This morning, I woke up with NO PAIN. None, zero, nada. It sounds unbelievable, but it’s true nonetheless. I don’t think the problem is “solved” but I am certainly encouraged to continue with the oil pulling. From 10-0 on the Pain Meter is a pretty impressive result.

Oil pulling or oil swishing has been around for a long, long time but most folks have never heard of it until recently when actress Gwyneth Paltrow announced that she was a fan. I used it 10+ years ago with a bronchitis infection. I would get bronchitis and dose myself with natural remedies until it healed and then it would come right back. This dreary cycle repeated itself multiple times until I started oil swishing and ended the cycle.

Then, like most people, I forgot all about it. But at least my past history encouraged me to try oil pulling again, thank heavens.

Oil pulling is very simple. There are three oils that are recommended:

Will other oils work? I don’t know. I switched between sesame and coconut yesterday. Coconut is solid at room temperature (unless you’re in a sauna!) so you have to hold it in your mouth for a few seconds until it liquifies. But it tastes good, though – if you like coconut, that is.

1. Put 1 Tablespoon of oil in your mouth.

2. Swish it between your teeth and all around your gums for 20 minutes. Some people online were griping about the 20 minutes and how long a time period that is. Oh, please. Do it – or don’t do it. But for maximum benefit that is the time you should spend. Just get busy doing other things and don’t think about it.

3. Spit it out in the trash – NOT down your sink because the oil can stop up your pipes.

When you spit out the oil, it should be a white, milky color. That liquid is loaded with nasty bacteria so you don’t want to swallow it.

Why Does Oil Pulling Do Anything For Our Bodies?

The human mouth is apparently pretty gross. It contains 500-600 bacteria – many of them mean little monsters. The oil will ‘pull’ them out and get rid of them. Dr. Joseph Mercola sums this practice up beautifully:

Oil pulling can lessen your toxic load by pulling out pathogens and preventing their spread to other areas of your body. When done correctly, oil pulling has a significant cleansing, detoxifying and healing effect. Oil pullers have reported rapid relief from systemic health problems such as arthritis, diabetes and heart disease. [http://articles.mercola.com/sites/articles/archive/2014/03/05/oral-pathogens.aspx]

Here’s what I did on Day 1 of my excruciating ordeal:

I took the Tylenol around 6PM and by about 7PM the pain had drastically subsided so I didn’t do anything more that day. Why rock the boat, right?

My son is convinced that I have a small hole or holes in my teeth that expose the nerves. When I did my oil pulling this morning, my pain went from 0 to about a 3 after I finished. To me this means that his theory is correct because one of the benefits of using oil is that it gets into every crevasse in the mouth. So the oil must have touched a nerve or nerves, hence the increase in pain.

I don’t want to just stop the pain, wonderful though that is. I want to heal my teeth. Hopefully, the oil will do that. We’ll see.

Why Don’t I Just Go To The Dentist? 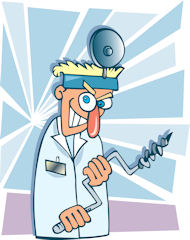 My dentist is a neighbor and I see him fairly often on a social basis. I described my symptoms and he told me that although he couldn’t be sure until he did X-rays, it sounded to him like I would need at least one root canal and perhaps more.

Yikes! Talk about uber-pain and a lot of expense.

But beyond that, my belief in holistic health makes me question whether destroying the nerves of a tooth is really a good idea? I don’t think it is, although it’s certainly preferable to living with the excruciating pain of yesterday. If my choices are a root canal and agony then the root canal wins. But if there is another gentle, non-invasive choice – like oil – then I intend to find out if it works.

I am committed to oil pulling, and a couple of other painless and cheap remedies to heal my tooth pain. If you’re interested in whether this is right for you, take advantage of my willingness to be a guinea pig. After all, I’m very strongly motivated to continue – pain is a powerful reason to stick with this. 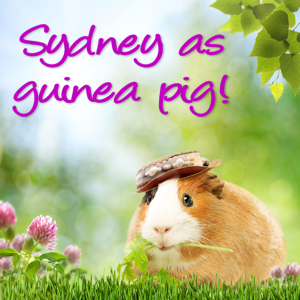 About That Future Update I Mentioned

Home Of +10 Designs
Inspirational Quote of the Day
Once you begin vibrating at the frequency of joy and gratitude, everything in your life will change. Things you never thought possible will show up.