You are here: Home / Health / Zap Yeasts and Bacteria With Star Anise 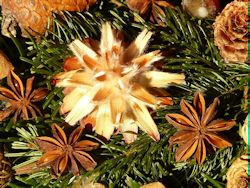 Star anise is a spice that grows on evergreen trees common in China and Vietnam. It’s not unknown here in the western world, but neither is it common. It’s very aromatic and tastes like anise (duh! wonder why it’s called “star anise”?) or licorice, which I don’t like but many people do.

If you’re one who likes licorice, you might want to consider eating some of these healthy stars. It turns out that according to Asian researchers, they’re loaded with antioxidants and antimicrobial compounds:

#1: Star anise devastates and terminates an amazing 67 strains of antibiotic-resistant bacteria. This is no small thing because we’ve overused antibiotics so drastically that many ‘super bugs’ are now resistant to our artificial medicines.

#2: It’s effective against all kinds of fungi, as well.

#3: If you have candida, you really need to be eating some star anise because it helps wipe out this annoying problem.

#4: And, it’s the world’s largest natural source of shikimic acid which is the main ingredient in Tamiflu, a antiviral drug. If you’re reading this, you most likely agree with us at Blissplan that natural plants are always better, especially ones that seem to be this effective.

#5: The real shocker: some researchers are suggesting that the antioxidants in star anise are so powerful that they might even zap cancer. Wow.