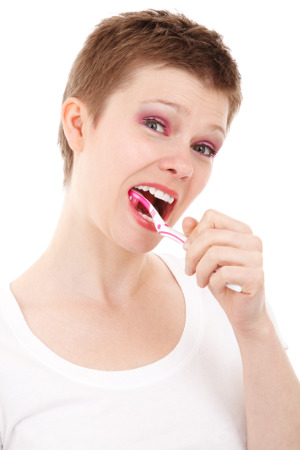 I can honestly review Perigum, which is advertised as “Nature’s Gum Solution”, AKA a gum regrowth product. The dentist declares that it’s “impossible” to regrow gum tissue. I don’t believe that, but Perigum is definitely NOT the answer I’m seeking.

I decided to try it because of the multitude of reviews claiming that it works. In fact, it has 4 stars on Amazon. But it has now been four months and 11 days and my results are … nothing at all. I have religiously used the stuff – at least twice per day and sometimes more.

And I took ‘before’ pictures so that I wouldn’t rely on memory. Sadly, my before/after pictures show zero change. I realize that it took years for my gums to recede and they’re not going to be completely regrown is such a relatively short time, but come on! No change at all?

This leads me to conclude:

1. There is something especially difficult about my gum situation that caused Perigum to be useless for me, or

2. All the glowing reviews are suspect.

I’m not giving up on regrowing my gums, but I’m certainly giving up on useless Perigum. I have an idea about a solution I can create in my own kitchen, which is a lot cheaper and couldn’t do a worse job. I will update in a few months and let you know if I’ve had any results.