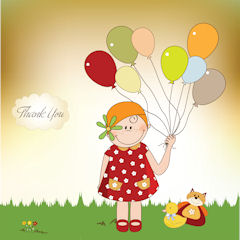 I am a huge fan of EFT, the Emotional Freedom Technique, and I’m experimenting with an idea by an Master EFT, Carol Look. It’s easy to have an attitude of gratitude when things are going well … easier, anyway. But what about when things ‘go wrong’. Because, let’s face it, everything doesn’t always go the way we want it to go. So I’m trying to include the less-than-perfect stuff in this Gratitude Journal.

good for us … even if we didn’t see it that way at first?

Interesting idea, isn’t it? I’m not saying Carol’s right or wrong. But what we’re concerned with here is OUR feelings and attitudes and it’s surely easier to be grateful if we’re convinced the crap that just happened just might … might … be in our best interests.

Set your intention for the next 24 hours (start whenever is best for you) to interpret every experience, person, phone call, email, social or business interaction that comes into your life as something potentially wonderful, something that has hidden magic, as something that is a beautiful gift even if it shows up in lousy wrapping paper. And several times an hour, after each short time period in your day or after each interaction, say Thank you, Universe for bringing that into my life … I’m so excited and looking forward to understanding why it is so positive for me.

TODAY’S THANK YOU LETTER TO THE UNIVERSE

1. Today is, of course, the anniversary of one of the most horrendous days in America’s history: 9.11. I am sending thoughts of love and appreciation to all the survivors and hope their pain has greatly abated thirteen years later. My brother’s gym was in the World  Trade Center and I was pretty frantic for hours because the attack happened in the morning hours when he would have been there. Fortunately, he was not but phone reception into New York City was non-existent for quite a long time and my shock and grief was also wrapped in horrible worry. Of course, my misery was nothing compared to that of the brave souls who worked down there. God bless them all.

2. Today is also my son’s birthday. He is 36 today and moaning about how “old” he is. That’s quite amusing from my perspective.

3. I am so very grateful for EFT. I have found nothing that is as quick and simple for removing stress and worry from my body. And obviously millions of others agree with me since it’s very, very popular and has spread all over the world.

4. I am so very grateful for the water that I drink all day long. It’s filtered and it tastes great and has so many good effects on my body. And I actually like it – it’s not just a duty or obligation.

5. We’ve been watching The Tudors series on Netflix and it makes me so thankful for our system here in the US. Henry was such a tyrant! He regularly beheaded people and there was no appeal from his cruelty. Except for his children, his esteem was very fickle. Having power and being at court near the king was a pretty risky way to live. What amazes me is the adoration and acceptance of the English people. Those about to be murdered stand on a platform and ask the audience to pray for the king. That isn’t what I would say!!! :-)

6. I recently bought a set of three pens. They’re made by Schneider and called “Xpress”. They’re a funky lime green color and the outside is rubber. And they work beautifully. I like felt tips, not ball points. Love these pens.

7. I was talking on the phone earlier and thought about how much I love portable phones. Walking around, even doing chores like rinsing dishes and putting them in the dishwasher while I talk, is such a privilege.

9. I have a keyboard brush that I bought at Walmart. The handle is made of wood and it has 85 soft rubber prongs that are about 1.5″ long. It’s perfect for getting into all the crevices and crannies on a keyboard and getting out the gunk. Simple little inventions like this are so obvious in retrospect. Have you evern noticed that we often have good ideas but then never follow through on them. An example is the baby bottle with a hole in the middle so that little hands can hold on more easily. I thought of that many years before they came onto the market but never did anything with my idea.

10. There are so many free & open sourced goodies on the Internet. For instance, I use Libreoffice and it’s an awesome piece of software. Why buy Windows when you can have an operating system that is just as good as costs nothing. Thanks so much for all you Open Source folks!