You are here: Home / Self Help / Reverend Ike on DESERVING A Million Dollars 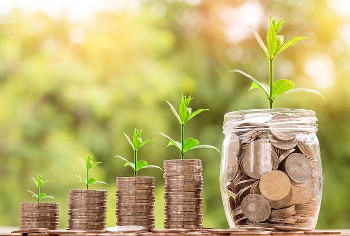 If you’re interested in the Law of Attraction and improving your life, and you don’t know Reverend Ike (1935 – 2009), perhaps you should learn more about him. The Rev was a very successful black minister who became wildly successful teaching “prosperity theology”. His motto was “You can’t lose with the stuff I use” and proved it in his own life by, among other things, owning a “fleet” of Rolls Royce cars.

He was VERY controversial. He was widely criticized because he taught his followers how to live a financially wealthy life, as well as teaching more traditional morality and decency. His critics considered him greedy and way too focused on material gains. But The Rev really didn’t care what the critics thought. He just proceeded to help people who were interested in becoming more prosperous. Personally I am a huge fan and some of his videos are just as powerful as modern-day classics like The Secret and videos and books of some of the most famous self-help gurus of our day like Wayne Dyer, Abraham-Hicks, Mike Dooley and many more.

In the video below, Reverend Ike claims that if we believe we deserve the best, it MUST come to us.

What do you think about his claim that if we honestly think and feel we deserve a million dollars, it would come so fast it would make our heads spin, and look like it’s falling from the sky? The key word, of course, is honestly. We can’t BS the universe which is never fooled. I don’t know about you, but I’ve taken this advice seriously and am working on my own “deservability” issues.

I love the last part: the day of begging is over. Now it’s about accepting the goodness of the universe, God, Source or however you see the power that runs Life.

This is one of The Rev’s best videos. I wish I had known about this interesting man when he was alive. :-(