You are here: Home / Beauty / 7 Natural Remedies For Acne 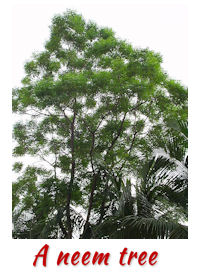 Here are seven natural remedies for acne and they apply to ANY age group. I'm not making the mistake of thinking that you're a teenager. Possibly you are but the truth is that acne affects people of all ages, even though teenagers suffer for it more than us older folks. So before you go racing out and spend a fortune at a dermatologist's office, why not try some natural remedies first?

1. Salt and vinegar: place a small amount of salt in a bowl or jar and slowly add vinegar until you have a paste. Slather that paste on your acne and leave it for somewhere between 10 minutes and an hour and then rinse it off with warm water. This is a pretty potent acne home remedy so begin by using it for a brief time. If 10-15 minutes isn't effective enough, try it for a longer period.

2. Toothpaste: oddly enough, plain old ordinary toothpaste can often have an inhibiting effect on acne and it sure is a lot cheaper than prescription acne medicine.

3. Nutmeg and boiled milk: carefully boil a small amount of milk, making sure to remove it from the heat before it starts to burn or curdle, and add it to nutmeg to make a paste. Apply to your acne and watch it dry up. This is a famous folk remedy which always calls for boiled milk, rather than cold milk from the refrigerator. I have been unable to find any reason why boiled milk works better and that may just be a 'natural remedies myth'. Another possibility is that by boiling it we're making it warm and therefore it mixes more easily with the nutmeg.

4. Castor oil: castor oil is a famous natural remedy for acne – and all kinds of skin problems. It should reduce any redness from the acne and it will remove excess oiliness. Almost any skin problem can benefit from castor oil. 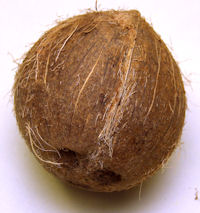 6. Turmeric and coconut oil: it takes very little coconut oil to make a paste with turmeric due to the extreme oiliness of coconut oil. You would think that this heavy oil would make acne worse but, like castor oil, it has a very beneficial effect on all skin problems, including acne.

7. Turmeric and neem: you might not be familiar with neem but it has been used in India for thousands of years to create beautiful skin. Neem comes from the neem tree and is famous for being anti-septic and anti-inflammatory, as well as for healing wounds. Neem is very popular in the Ayurvedic medicine of India. Use this paste for 15 to 30 minutes, twice a day.

Try these natural home remedies for acne before grabbing a bottle of unknown chemicals. IF they work (and each body and acne case are different, so perhaps they won't) you will be saving money and not adding unknown chemicals to your body. If they do not work you can always try something stronger and more drastic.