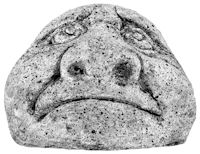 When people begin to have extreme highs and lows in their mood, one consideration is bipolar illness. This is also known as manic depression. This is a life-long mental illness filled with emotional pain and distress for those who have it as well as their families. Although the exact cause is not known, there are three possible causes of manic depression.

About 50% of those with bipolar illness have a family member with it or with depression. Researchers have done studies on how often this occurs in families as well as fraternal and identical twins. Since not everyone with this mood problem has other family members with it, there must be other causes.

One theory of manic depression is that it is a biological problem. The brain is a complex organ the medical field has much to learn. We do know there are certain chemicals in the brain known as neurotransmitters. These chemicals are made in the brain and send information to the rest of the brain and body. This problem is hidden until something such as significant stress triggers the extreme highs and lows.

Someone with an inactive gene for the disorder could have it activated through stress. Some think alcohol or drug abuse could cause it to be worse. Today the age in which a person is diagnosed has decreased to young children. Some people believe that the disorder was not diagnosed enough. Still others believe it is now being inaccurately attributed to children. Researchers believe there are unknown environmental factors causing it.

Most likely there is an inter-relationship between genetic, biological and environmental factors. An extreme family problem may trigger the disorder in someone with the hereditary and biological make-up. Someone without such factors may not be affected. As you can tell, there is still a great deal of uncertainty and many areas to investigate to better understand this mental illness.

Some people have manic episodes when taking certain medications such as anti-depressants. These medication induced symptoms are not needing much sleep, talking much more than usual and having increased energy which can lead to impulsiveness. These side effects usually end when the medication is no longer taken.

There are nutritionists who study the effect of food upon behavior. They believe that the extreme highs and lows of this disorder can be lessened by making alterations in what you eat. Especially be sure the following stay in normal range: omega 3 oils, blood sugar and magnesium levels.