You are here: Home / Mixed Bag / eBay Fraud: What To Do If You’re A Victim of a Scam on eBay (Or Anywhere) 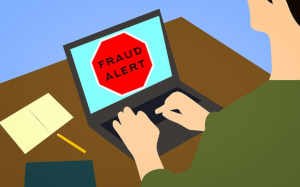 I found eBay only three months after it opened!!! It wasn’t anything like it is today, as you can imagine. But I’ve done literally thousands of transactions on eBay and have had virtually no problems. But I was the victim of eBay fraud recently and here’s what I did about it.

I have a Nexus 7 tablet from 2013 and I absolutely adore it. My son keeps telling me I need to let go of such old technology and get a new one but I’m nursing it along as best I can, although it definitely has problems. It’s showing signs of Battery Death so I ordered one off eBay (my third one). You can see the listing here:

If you’re not familiar with the term OEM, it means Original Equipment Manufacturer. That would be ASUS for these batteries, so this seller is advertising an ASUS battery.

But when it arrived, the manufacturer name had been crossed out with a marker. Clearly a fraud. When I contacted the seller, he wouldn’t even talk about a refund unless I sent pictures. I suspect that this is a way of fending off refunds because lots of people won’t bother or even know how to take pictures and send them. But since I’m a graphic artist, that’s easy. Here’s what I sent him. First, what a real ASUS battery looks like – then the garbage one sent to me. 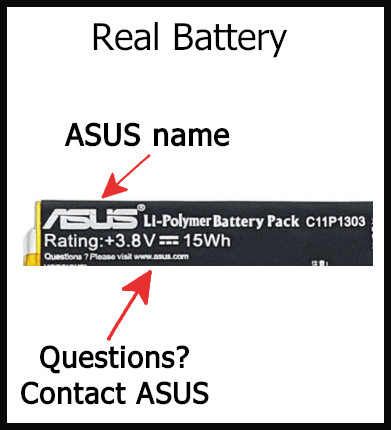 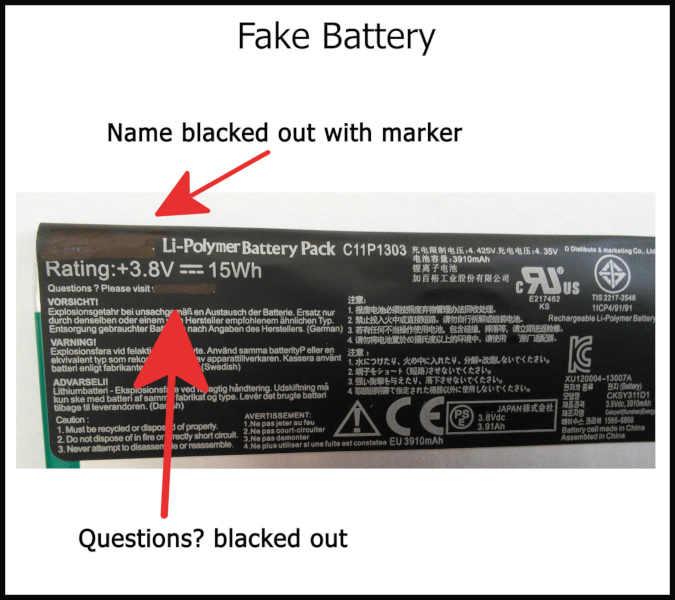 On a real ASUS battery, the ASUS name is at the top left and there is a line that says, “Questions ? Please visit www.asus.com”. On the battery I received, both of those tell-tale entries are blacked out and there is absolutely no reason to do that unless this battery is fake! In fact, a legitimate seller would flaunt those two spots as proof that their product was legitimate.

The seller tried to argue with me, but I kept replying that if I didn’t get a refund I would first contact eBay and then Paypal and show them the images above. I am completely confident that one of them – almost certainly both of them – would agree with me. I also asserted that if he wanted his battery back HE would have to pay the return postage. Finally the seller refunded my purchase price and didn’t request the battery back.

Fraud isn’t always this easily resolved. though. My daughter has a friend who sold a designer jacket for $276 and the buyers complained about something or other. When they returned the jacket, it was a knock off. The seller has no way of proving this so she is just out of luck.

#1: First, don’t let any fraud go by, no matter where it occurs. I was determined, did what I needed to do and got my money back. Yes, it’s a lot of trouble sometimes so it just depends on how important it is to you. $14.40 isn’t a lot of money but I don’t like being cheated so I persisted.

#2: It isn’t eBay’s fault. They do their best to protect both buyers and sellers so I’m certainly not blaming the website. Sometimes injustices happen, like with the jacket mentioned above. But as long as there are crooked people in the world, there will be scams.